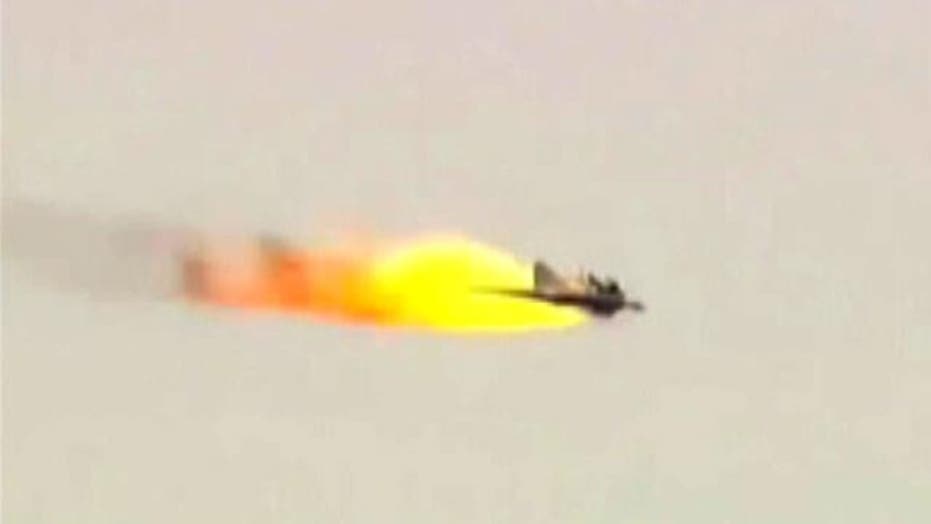 Watch out, enemy drones. The U.S. military is developing laser weapons to smite you.

The Office of Naval Research announced last week that it is building a laser weapon that will be able to shoot down aerial drones, spelling big trouble for any enemy who tries to target the U.S. Marines.

Watch out, enemy drones. The U.S. military is developing laser weapons to smite you.

Intended to provide an affordable alternative to traditional firepower, GBADs could prevent enemy drones from tracking and targeting Marines on the ground.

“We can expect that our adversaries will increasingly use UAVs (unmanned aerial vehicles), and our expeditionary forces must deal with that rising threat,” said Col. William Zamagni, acting head of the Office of Naval Research’s Expeditionary Maneuver Warfare and Combating Terrorism Department, in announcing plans for the new laser.

The System
ONR is working with the Naval Surface Warfare Center Dahlgren Division and industry partners to develop components that include the laser, radar, advanced cooling, communications, batteries and beam director.

The program leverages investments in technology developed by the U.S. Army Space and Missile Defense Command and the Department of Defense High Energy Laser Joint Technology Office, as well as the Penn State Electro-Optics Center and MIT’s Lincoln Laboratory.

Some of the system’s components have already been used in tests to detect and track a range of unmanned aerial vehicles. But the fundamental challenge is to create a powerful laser weapon that is yet light enough to carry on light tactical vehicles without affecting their speed and agility.

“We’re confident we can bring together all of these pieces in a package that’s small enough to be carried on light tactical vehicles and powerful enough to counter these threats,” said Brig. Gen. Kevin Killea, vice chief of naval research and commanding general of the Marine Corps Warfighting Laboratory.

Navy Deploys Lasers to Sea
If you think laser weapons are the stuff of fiction, take note: The Navy has already developed a ship-based laser weapon that it plans to test this summer aboard the USS Ponce in the Persian Gulf.

Designed to target drones and light aircraft, it could be useful in other scenarios, as well, such as small boat attacks that aim to deny access to the shore.

The Navy’s laser weapon trials have been successful so far. A 2011 test demonstrated that the weapon could destroy multiple small boats, and a year later a laser weapon downed several unmanned aircraft.

The Marine Corps is committed to making its laser a reality, as well.

“Everything about this program is geared toward realizing a viable directed-energy capability in support of that objective to allow our Marines to be fast and lethal.”

Later this year, GBADs will be tested using a 10kW laser. A field test of the full 30kW version planned for 2016 is expected to demonstrate and evaluate detection, tracking and firing from mobile tactical vehicles.

The GBAD laser weapon falls within the Future Naval Capabilities (FNC) program, a science and technology program the Navy launched in 2002 to accelerate the process of going from research and development to delivery within five years.