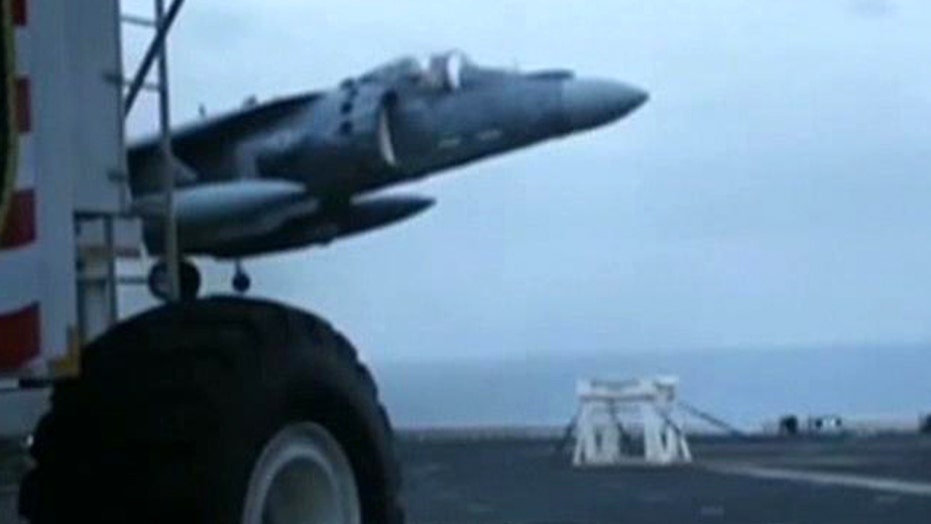 Watch Marine pilot land his crippled jet on a stool

A Marine Corps pilot who landed his crippled jet on a specially built ‘stool’, has described the incredible landing on the deck of the USS Bataan.

“The ship had an amazing invention, basically a stool that was built specifically for this reason,” he said, in a video posted on YouTube. “We pride ourselves on landing on the ship perfectly like this, in the same spot every time and doing the same thing over and over again but there’s no way to train to land in this kind of situation.”

Mahoney said that he couldn’t even see the stool when bringing the aircraft into land. “I’m at 20 feet, stabilized, and I can’t see the stool, I don’t even know it’s there,” he said.

Nonetheless, the pilot successfully landed the jet, bringing its nose down to settle on the stool.

“I had to sit there for a minute and remember how to shut the jet off and everything,” he said. “It was pretty big relief - I didn’t realize how much I was shaking until I got out of the aircraft.”