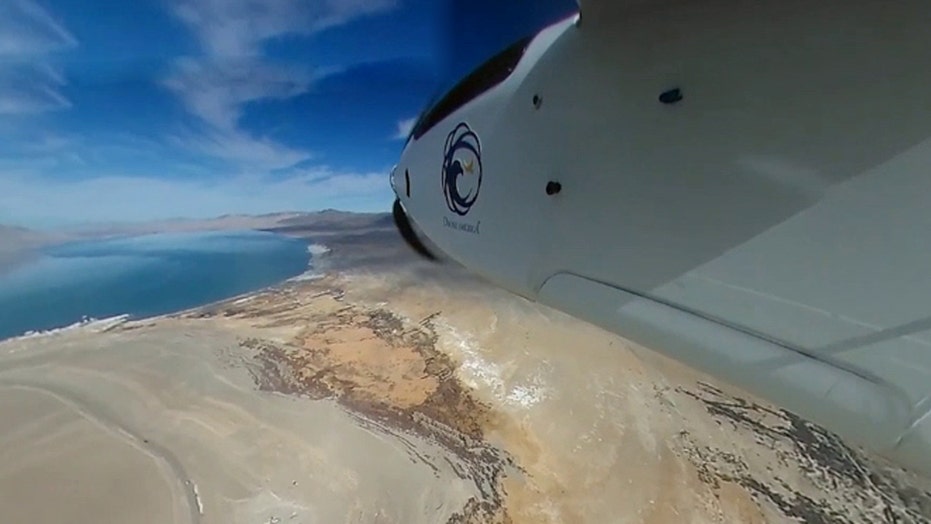 Scientists in Nevada want to use drones to make it rain

Drones are used for aerial photography, surveillance, news coverage, and rescue operations. Now a group of scientists and researchers are figuring out if drones can make it rain. The science is called cloud seeding, and it is being tested in Nevada at an FAA site, four hours north of Las Vegas.

Seeding clouds involves releasing flares of silver iodide from a plane's wing to generate more ice particles in a cloud. This aims to help a cloud’s ability to produce and enhance precipitation. The weather conditions need to be right for this to take place--cloud cover and even the presence of storms are optimal.

The process has been around for decades and usually involves a piloted aircraft flying into a storm. Now, The Nevada Institute of Autonomous Systems in conjunction with the Desert Research Institute has conducted tests with unmanned drones. They hope to have drones conduct cloud seeding flights in the future. The Governor of Nevada's office has helped fund the project.

Lead scientist on the project, Adam Watts, says researchers are one step closer to achieving this goal. The drone prospect most recently flew for 32 miles out of the remote operator’s line of sight. This proves that the drone can be reliable when the operators cannot see it.

Other tests have also been successful, including deploying the cloud-seeding flares at low altitude on a sunny day and actually carrying a payload of the compound on an unmanned flight. Watts describes the project as a "crawl, walk run" approach in taking small steps toward the ultimate goal.

"The next few steps that we have line us up to be ready so when we see the opportunity and demonstrated the technology is ready we'll be ready to do it," said Watts.

The Federal Aviation Administration's testing site in Nevada authorizes and supports the drone testing. Watts contends that because he has demonstrated the technology is reliable, he hopes to be able to work with the FAA toward the project's goal in the timeframe established by the researchers. Frank McDonough, another researcher on the project, echoes the same sentiment.

"The real slowdown is the FAA's rules, so we need to jump through real small hoops at a time to move forward," said McDonough.

Avisight is the company that supports all areas of the flight operations and it is confident the UAV can withstand the conditions to seed a cloud. Michael Frechette, CEO of Avisight, understands that conditions for cloud seeding are harsh and are not always safe to send a pilot into

"Drones are much more efficient to operate," he says, "there's an environmental component, no combustion engines, there's a safety factor so it is unmanned."

And Frechette is pretty certain of the uniqueness of the project. "I believe we are the first in the country, potentially in the world that are using drones for cloud seeding,” he said.

Skeptics of the science of cloud seeding would admit that it is difficult to verify increased snowfall or rainfall from cloud seeding versus what would fall naturally. According to McDonough, you can measure the silver iodide particles in fresh snow fall as a way of testing for positive results. But the jury is out on the effect of cloud seeding-- there remains no scientific consensus on the process.

McDonough says there are some positive benefits: "The cloud seeding can add up to 10 percent more snow pack in the mountains, just that little bit of extra water sometimes is enough to keep a couple crops alive, keep people from needing to go into drought restrictions, and can also keep rivers a little bit cooler to help with fisheries."

Six states have current cloud seeding operations going on, according to the Weather Modification Association.

The researchers hope to have the first successful test next winter for the start of cloud seeding season.

Fox News has worked with Avisight for news events.