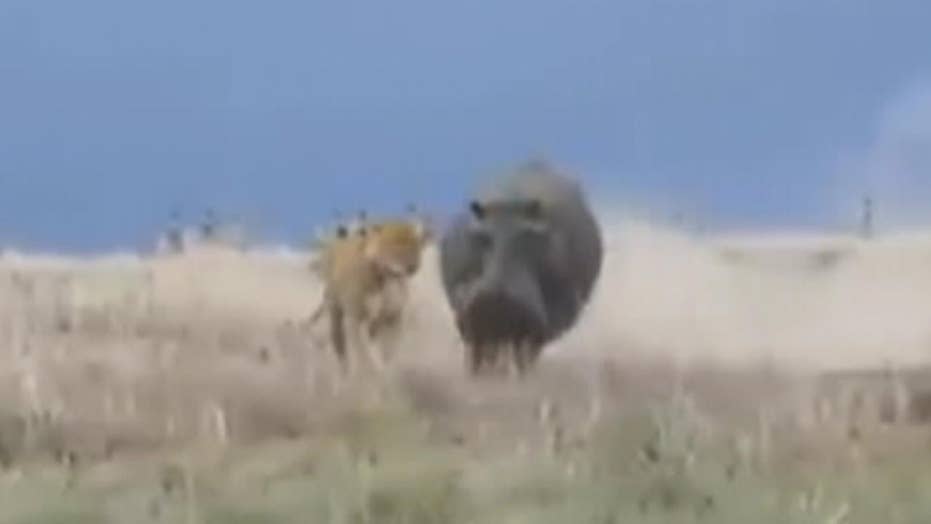 A bizzare video shows an encounter with a lioness attempting to hunt a hippo, but the hunt goes horribly wrong.

At :41 of the video, the lioness starts to sneak up behind the hippo, appearing to sniff it and agitate the hippo.

From there, the hippo turns the tides and starts to attack the lioness, opening its massive jaws around the lion's neck as the feline attempts to struggle free.

After a harrowing few seconds where the lion's fate is in doubt, it manages to struggle free and runs away.