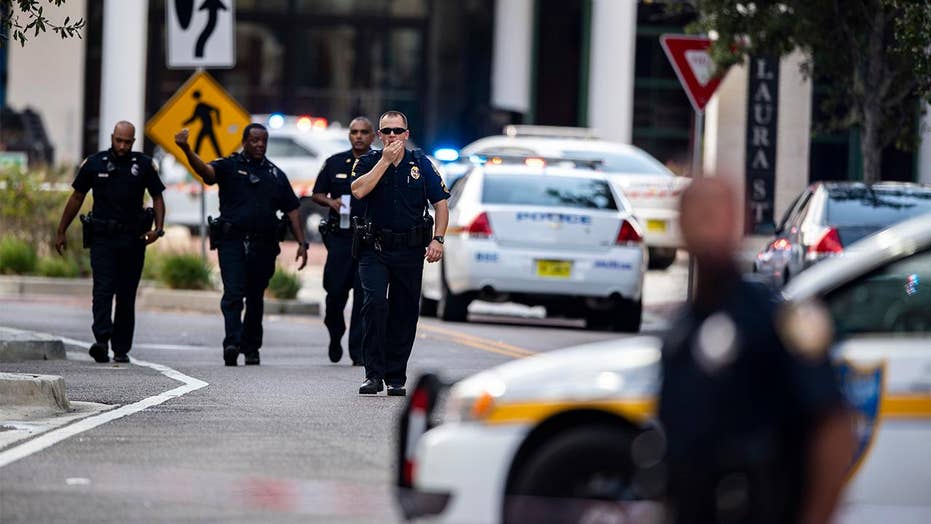 The CEO of EA late Monday said he will cancel the remaining Madden Classic qualifier events after two people were fatally shot and 10 others injured at a “Madden NFL 19” tournament in Jacksonville, Fla.

“We have made a decision to cancel our three remaining Madden Classic qualifier events while we run a comprehensive review of safety protocols for competitors and spectators,” Andrew Wilson said in a statement. “We will work with our partners and our internal teams to establish a consistent level of security at all of our competitive gaming events.”

Katz died from a self-inflicted gunshot wound after he shot multiple people, police said. In addition to the dead, 11 other people were injured — nine of them with gunshot wounds.

Katz, whose vehicle was located and impounded by investigators, is believed to have stayed somewhere locally on Saturday night before the shooting.

The Jacksonville Sheriff's Office added that there's "cooperation" in Baltimore with the ATF and FBI as part of the investigation.

An eyewitness to Sunday afternoon's mass shooting told Fox News that the gamer, now identified as Katz, had been eliminated from the tournament before he opened fire.