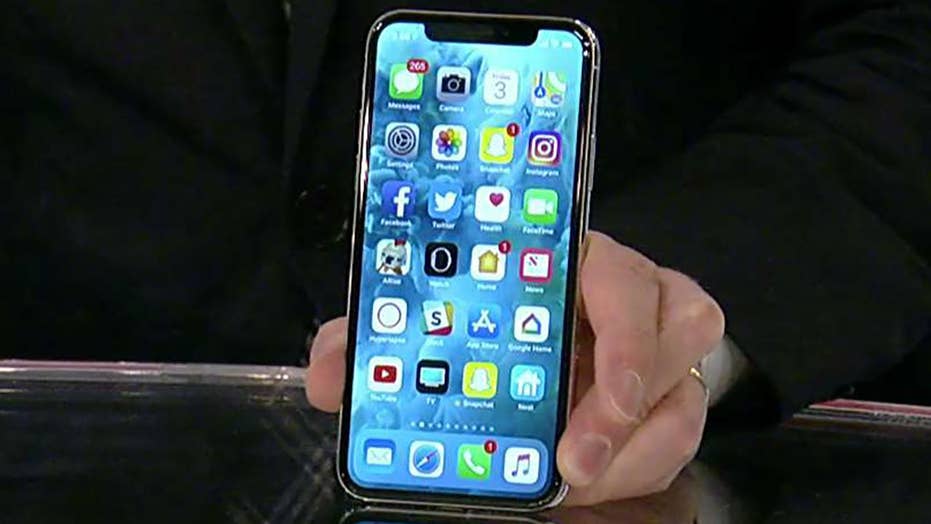 Getting hands-on with the new iPhone X

The Phone X is the best upgrade from Apple in seven years.

That would be since the iPhone 4, which was the big upgrade from the original iPhone. That’s how good the X (pronounced “ten”) is.

Here’s the big stuff (sans the tech-spec stuff) that stands out for me after using it constantly for almost a week.

iPHONE X IS 'MOST BREAKABLE iPHONE EVER'

Size – big but small: Despite having a roomy 5.8-inch display, the phone is easy to hold. Yes, that extra space is all vertical (it’s like a taller 4.7-inch iPhone 8) but the iPhone X strikes the perfect balance between a big-screen phone and an overall size that’s close to the iPhone 8. This is a major design achievement for Apple and its genius can’t be overstated.

Materials: feels like a high-end phone. This is an immediate impression when first handling the phone. The high-quality all-glass back and polished stainless-steel sides allow you to feel less guilty about spending over $1,000 on a phone. Yes, the iPhone 8 (which I’m also using) has a glass back but the X combines this with a stunning all-glass bezel-less front.

Swipe up: This has been covered ad nauseam in reviews but bears repeating. The home button is gone. In everyday use, that’s a big change. So, instead of button-pushing there’s swiping-up. For example, you swipe up to gain access to the home screen from the lock screen or to return to the home screen from inside an app. I think it’s usually better than a button but not always (more on that point below).

HOW THE iPHONE COULD SAVE YOUR LIFE

Display – a giant step into the future for Apple: This is another reason the iPhone X is a big deal. Apple’s first organic light-emitting diode (OLED) display is gorgeous. OLED displays are surpassing conventional liquid crystal displays (used on the iPhone 8) in image quality so it’s time Apple joined the party. True to form, Apple nailed the iPhone X’s OLED display right out of the gate. For photos, it strikes a good balance between saturated colors (which Samsung favors on the Galaxy phones) and realism. And the X’s display is better than the good OLED display on the new 6-inch Google Pixel 2 XL (which I’ve also been using). Display expert Raymond Soneira, president of DisplayMate Technologies, a display testing firm, said the iPhone X’s display is the “most innovative and high-performance smartphone display that we have ever tested.”

Audio - how does Apple do it? The stereo speakers are amazing for such a small device. In fact, all of the Apple products I own have amazing speakers, including the iPad Pro and newest 15-inch MacBook Pro.

But before I get too carried away, the iPhone X has at least a couple of downsides that may drive some consumers to the iPhone 8 or iPhone 8 Plus.

Face ID: Not a big fan – yet. I’m going to buck the trend in most iPhone X reviews and say that I’m not (yet) a big fan of Face ID on the X. Company executives crowed a lot about this firs-time-ever Apple feature when introducing the iPhone X in September. But after spending a year with two HP laptops that have almost-flawless face ID (aka, Windows 10 “Hello”), the iPhone X’s isn’t quite as polished. In short, it doesn’t always work. When it doesn’t work, I’m forced to punch in my passcode to access the phone. But beyond that, sometimes it’s just easier to reach over and tap the home button on the iPhone 8 than pick up the X for Face ID (which Apple’s Face ID forces you to do so it can see your face).

iPhone X is now officially a lux buy: At over $1,000 (with tax) you could get a MacBook Air, or a good Windows laptop, or a couple of iPads for the price of one iPhone X. The point being that those might have more overall utility than the iPhone X for many consumers. You should think long and hard about whether you really need the iPhone X (though I’m guessing that advice may fall on deaf ears since, for many consumers, it’s an impulse buy).