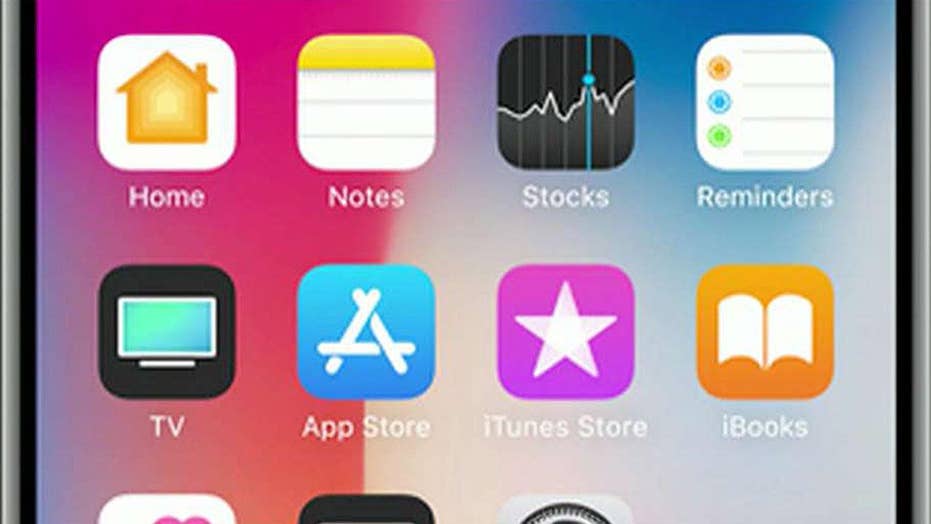 Kurt 'The Cyber Guy' Knutsson demonstrates what the new phone has to offer.

That "one more thing" has helped propel Apple's market cap over the $900 billion mark and may hit $1 trillion, experts say.

Apple reported fiscal fourth-quarter earnings Thursday, one day prior to the iPhone X's official launch and analysts noted how upbeat management sounded at the company's propsects, in particular Cook.

"The sentiment on Apple's call was the most upbeat that we have heard in quite some time as we believe the company feels the momentum of this iPhone cycle, combined with the positive trends across the company's non-iPhone portfolio," Drexel Hamilton analyst Brian J. White wrote in a note to investors.

He raised his Apple price target to $235 a share, which implies a market cap over $1 trillion, when taking into account Apple's 5.1 billion shares outstanding.

Apple said it expects fiscal first-quarter revenue to be between $84 billion and $87 billion, due in large part to pent-up demand surrounding the iPhone X.

Demand is "off the charts"

Customer demand for the iPhone X (pronounced "ten") has been exceptional, with Apple telling media it is "off the charts." On the company's conference call, Cook expanded upon that sentiment.

Cook said that the Apple Store in Sydney, Australia had "several hundred people" waiting outside to get the iPhone X and he also received "similar reports from across that region."

The iPhone X, which went on pre-sale on Oct. 27, starts at $999. Prior to the announcement, there was significant speculation that the high-end iPhone X would start at a cost of $1,000 or more.

It has a 5.8-inch super retina display and Face ID facial recognition technology, which can be used to unlock the phone and for Apple Pay. "Face ID learns your face. It learns who you are," Apple's vice president of marketing, Phil Schiller, said when introducing the iPhone X in September.

Not everyone is happy though

Though consumer interest in the device is high, Apple has not been able to catch up to demand - at least not yet.

"The ramp for iPhone X is going well, especially considering that iPhone X is the most advanced iPhone we've ever created and it has lots of new technologies in it," Cook said, when asked by an analyst when iPhone X supply would meet demand. "And so we're really happy that we were able to increase week by week what we're outputting and we're going to get as many of them as possible to the customers as soon as possible."

A look on Apple's website shows iPhone X ship dates between 3 and 4 weeks for both the 64GB and 256GB models.

Other sources have told Fox News they have received emails showing the order has already shipped, a sign that Apple is working to get as many iPhone X units in consumers hands as it can.