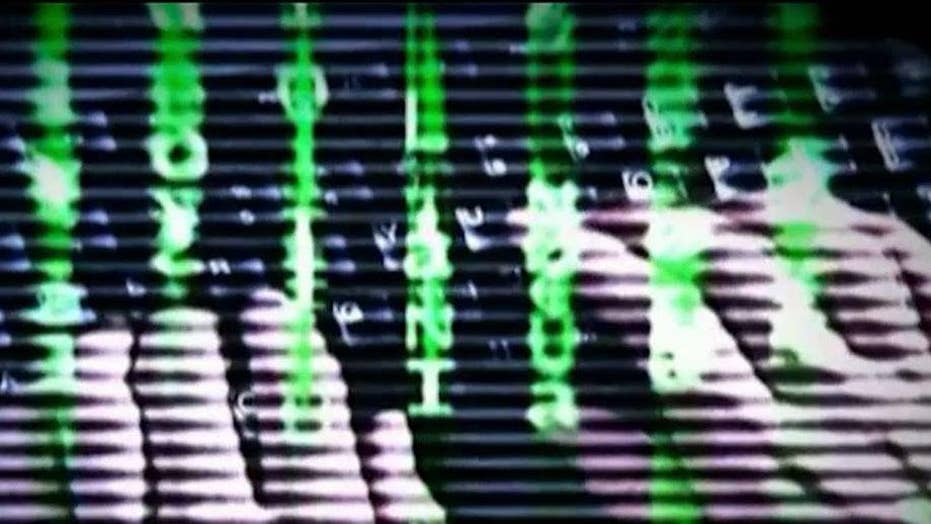 How Illinois is defending its election system from another Russia hack.

To most people, the mundane sound of typing on a computer keyboard does not have any special significance.

But in the computer server room of the Sangamon County, Ill., Board of Elections, the tapping signals the defense of our democracy.

The county's computers, like those in state and local election offices across the country, are the new battlefield against foreign attacks on our election system.

Don Gray, the Sangamon County Clerk, likens the fight to a war.

"We are at the frontlines of ensuring that the protections to the integrity of our elections is first at hand. We are working hard, we are staying focused, we are staying out in front, I spend the majority of my time analyzing and staying in proper positioning to thwart these type of attacks," Gray told Fox News.

"Cyber threats are a reality and we take it seriously. What happened to us was bad, but it could have been a heck of a lot worse," said Steve Sandvoss, the executive director of the Illinois State Board of Elections.

"The threat is ongoing and it is very serious."

Sandvoss knows the impact firsthand. During the 2016 presidential election, Illinois was hit by a foreign force -- the Russians. Federal authorities said that operatives of Russian intelligence hacked into the state's voter registration rolls, compromising the records of 76,000 voters. The majority of those hit, more than 14,000 voters, live in the small city of Galesburg, in the central part of the state.

Although officials insist that no votes were affected, the hack did expose the vulnerability of the state's election system. That prompted officials to beef up election security.

"It was a wakeup call," Sandvoss told Fox News. "We never thought that this is something that was going to happen to us. Well, it did and it could happen again."

To address that threat, the state created what it calls, the Cyber Navigator Program, a group of specially trained computer experts who are on guard for signs of election hacking across the state, in all 102 counties, 24/7.

The funding mostly came from Washington, part of a $380 million program that Congress allocated to states to beef up election security. Illinois' cut was just over $13 million.

The Navigators monitor every aspect of the state and local election computer systems. Officials say they provide cybersecurity protection, and if there is a breach, can act like a computer commando squad ready to swoop down and stop an attack before it can cause havoc.

"They're the frontline of defense," Sandvoss said. "They do risk assessment testing, they do spearfishing assessments...their job is to discover what vulnerabilities exist in the systems."

"This program, and the federal government's assistance and the state's persistence in focusing on cyber protections of our elections, has really opened up the doors for us to detect, protect and defend our apparatus of elections, so that we have a secure and accurate result and we bring great confidence to the electoral process here in Illinois" Gray said.

Navigators look for "the weak spots for them to get into our system somewhere," he said. "They provide that expert analysis to show us what it is that those are, how they can and where they can come from. Our enemies are always trying to stay out in front of us, they are marching to a different order, trying to find weakness."

Experts said Illinois should serve as a national model.

"I think that Illinois example is a great example of what's possible with additional federal money," said Lawrence Norden, an elections security expert at New York University's Brennan Center for Justice. "I've heard a lot of state election officials say that if they had an additional trench of money, one thing they would like to copy is the kind of thing they are doing in Illinois."

Norden, who is the author of the study the Brennan Center’s "Securing Elections from Foreign Interference," notes that more money could be available if Senate Majority Leader Mitch McConnel let several election protection bills go to the floor. The House has earmarked $600 million for election protection.

"I don't think we should be waiting until we have the successful attack to be defending ourselves. We wouldn't say we don't need an army anymore because nobody's attacked the United States recently, and I'd say the same thing goes for election security. We know there are vulnerabilities in our election systems."

Norden said Congress finally provided $380 million a year and a half ago but, he notes, "that's less money than the Pentagon spent on military bands in a single year. We are not talking about very much money and securing our elections, I cannot think of a more fundamental thing to our democracy and to our nation than securing our elections."

Protecting the integrity of the election system strikes at the very heart of American democracy, something that especially resonates in Springfield, which is not only the state capital but also the storied home of President Abraham Lincoln.

"There should be absolutely no foreign interference, or any interference of any criminal activity centered in and around us making the best decisions about what's best for our people," Gray said. "That's not going to happen on our watch. We are not going to allow this to thwart the confidence of our foundations of our framers. We take it serious and we will work hard in its defense to make sure that we have great elections."

"Nothing is ever 100 percent protected and guaranteed. But this is why we're transparent, upfront about what we are doing and how we are doing it, so that the public knows that it is an everyday activity of being active, vigilant and prepared to do what's right to shore up the integrity of the system"

Sandvoss said he believes Illinois has come a long way.

"We are certainly,” he said, “going to be vigilant and prepared."