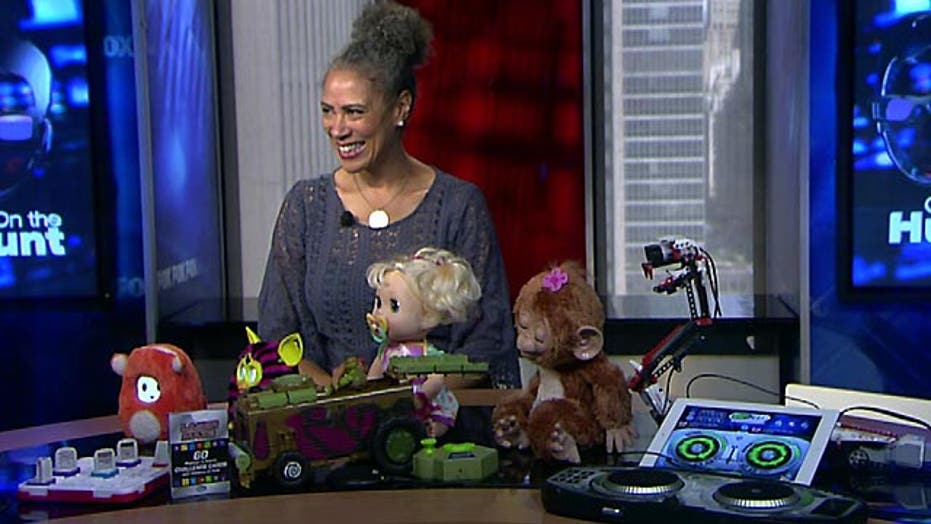 RetailMeNot.com's Trae Bodge shows us what's new in time for the holiday season

It’s never too early to start putting together your holiday gift list. Trae Bodge, Senior Editor of RetailMeNot.com, shares her top tech toys that your kids may want to have.

Back this fall is the new Furby Boom 2013. The new Furby allows you to use your smartphone to play with it.

“He interacts with your device … he actually has babies. He takes showers. He can eat,” said Bodge.

Soon to hit store shelves is the Ubooly. This digital pet can tell stories, play games and make faces through a smartphone. “You can actually use a phone that doesn’t have a data plan - your old iPhone, your old Android - you can pop that in and let your child play with it,” said Bodge.

A realistic doll for your young one might be Baby Alive, which has lots of surprises.

“She actually interacts with you; she has several touch points where she can interact with your child,” said Bodge.

The toy even has some not-so-pretty functions. “She wets and soils her diaper; she eats and drinks, so she is a lot more interactive.”

A new friend for animal fans is coming out soon - Cuddles: My Giggly Monkey. “He giggles, he closes his eyes, he laughs, he’s very interactive,” said Bodge. “He’s great for kids who love stuffed animals but like to have a little fun [with them].”

The Jakks EZ Pro DJ Mixer might be great for those aspiring DJs who want to improve their skills, says Bodge. “You can do scratching, mic you can buy additional as well, you can sing into it, it syncs music together.”

For robot fans and those who love to build, LEGO is out with the new Mindstorms EV3. “You can build about 10-15 different animals and machines,” explained Bodge. “It’s a remote control device, so it moves and makes sounds, so it’s a really cool toy for that child that likes to use their imagination and build something big.”

Teenage Mutant Ninja Turtles are back with the new Shellraiser. Bodge says the toy has several features that are a big hit with kids.

“It actually shoots sewer covers and your turtles can ridge inside, on top so it’s a lot of fun,” said Bodge.

A high-tech but fun toy for kids is the Laser Maze. The toy requires the user to direct laser beams of light to clear a path on the playing field. “There [are] 60 different games you play with the cards … it takes some time. It’s a nice quiet tech toy,” said Bodge.

Watch the full interview with Trae Bodge above and for more on this topic watch Foxnews.com LIVE weekdays at 12 p.m. ET