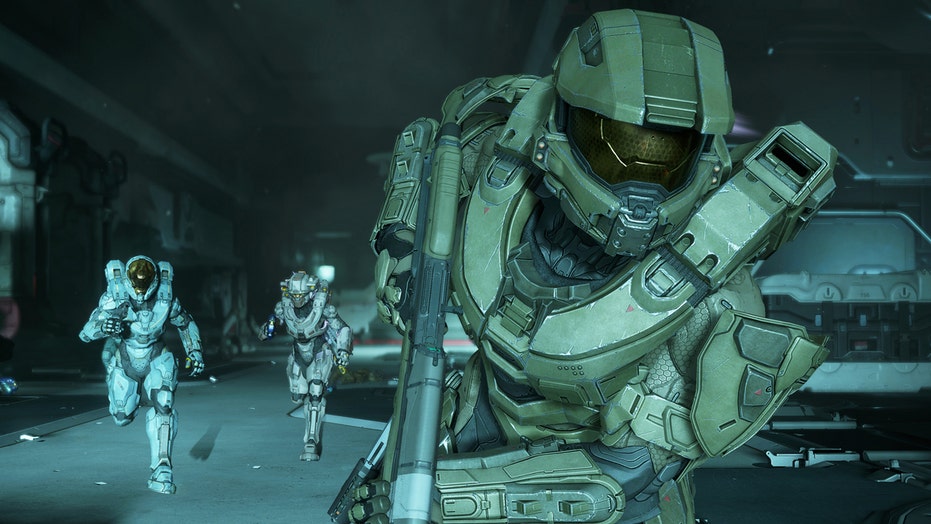 “HALO 5: Guardians” is my least favorite installment in the franchise.

If focusing only on gameplay and graphics, “Guardians” is fantastic.  It more than lives up to its predecessors - even exceeds them in many ways.  But for me, “HALO” is more than just the smooth gameplay and online multiplayer arenas.  “HALO” has a rich storyline with a fully fleshed-out mythology.  The more I learn about the expanded “HALO” universe, the more I want to see how it all comes together.  This is where “HALO 5” falters.  The story is just not one that I can get behind.

In answering the lingering questions left at the end of “HALO 4”, the writers have added plot-twists that may not sit well with long-time fans.  Given what we know about the main characters, the twists are just not believable.  This takes away from an otherwise flawless solo campaign.

When developer 343 Industries took the reins of the “HALO” franchise in 2009, fans were not sure what to expect.  After all, Bungie - the studio that created the seminal first-person shooter - had done such a phenomenal job that giving control to another studio left some fans worried.  With their first outing, “HALO 4”, under their belts, 343 Industries takes the franchise in a slightly different direction with a much broader scope in the newest installment “HALO 5: Guardians”.

“HALO 5” picks up about nine months after we last left the intrepid Spartan, who had just defeated the Forerunner, Didact, along with the help of Cortana, who bravely sacrificed what was left of her artificial life to save Master Chief. Now partnered with his fellow Spartan II’s, and longtime friends, Blue Team, Master Chief appears to go AWOL after a routine mission, kicking the story into high gear.

Taking a page out of “HALO 2”, “HALO 5” introduces a secondary playable character, Spartan Jameson Locke, and his squad Fireteam Osiris. Osiris is a welcome addition to the gameplay since it provides an expanded cast featuring some actors well known to the HALO franchise, especially fan favorite Nathan Fillion. Fireteam Osiris has the unenviable job of tracking down and taking into custody the members of Blue Team by any means necessary.

For “Guardians”, “HALO’s” iconic Master Chief is not the central character.  In fact, for about 80 percent of the solo campaign you play as Spartan Jameson Locke and the members of Fireteam Osiris.  The Chief and Blue Team are treated more like secondary characters, only appearing to give us glimpses into their side of the story.  It’s almost as though Chief is a cameo in his own gaming, appearing to wave and say, “Hey, remember me?  I’m here too!”

Despite the story flaws, “HALO 5” is a beautiful-looking game that takes full advantage of the 1080p resolution and 60-frames-per-second presentation. On more than one occasion I caught myself looking at Spartan Locke’s motion-captured face and allowed myself the briefest of indulgences: Is this live-action or computer-generated?

Right out of the gate the game feels tighter.  The controls largely remain the same as “HALO 4” with some additions: The new ‘Spartan Charge’ utilizes your character’s built-in jet pack when sprinting, throwing your enemies or aiming yourself like a guided missile in mid-air to body slam a few enemies in a single move.

Another change: sights for almost every weapon. While the new mode adds minimal magnification for most weapons, the aesthetic change is the most noticeable.  Each weapon gets a slight visual flourish when looking down the sight, more noticeable with alien weapons than human artillery.

With the addition of a few new weapons - human and alien - as well as a new Forerunner vehicle, the Phaeton, “HALO 5: Guardians” makes sure to hit all the points expected in a “HALO” game.  One of the newest aspects is the addition of your fireteam.  Games like “Call Of Duty” have included this feature for a while, however, this is the first time in the “HALO” franchise that you have the ability to command a team of three other Spartans, selecting an enemy to focus attention on or directing them to jump in a vehicle.  You don’t have a huge amount of control over your teammates, but when it comes to dealing with some of the more well-armored enemies, directing all fire at a single point definitely comes in handy.

Unlike previous “HALO” games, this time around you don’t have an A.I. companion in your head telling you where to go.  Finding and following your waypoints is largely up to you.  It’s a simple matter of hitting ‘down’ on the directional pad, but I found myself missing the constant colorful commentary that I had grown accustomed to in previous “HALO” games.

“HALO 5: Guardians” is far from the best game in the franchise but despite the weak story – plot twists and cliffhanger ending, I’m looking at you! - the positives outweigh the negatives, making this a welcome addition to the franchise. If anything, “HALO 5” left me eagerly anticipating the inevitable “HALO 6” simply to see where the characters end up, and hoping - at least for one character - a chance for redemption.