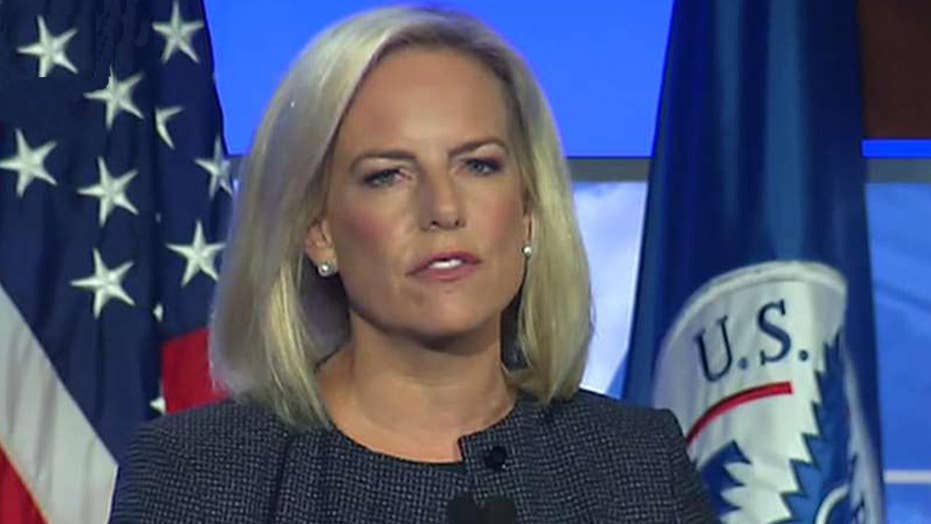 Homeland Security warns hackers can take over heart devices. What do you need to know? Dr. Audie Liametz explains.

Any connected device these days is a potential target of hackers — and that now includes defibrillators.

Implantable defibrillators made by Minneapolis, Mn.-based Medtronic could allow an attacker to interfere with and collect sensitive data from the devices, the Department of Homeland Security (DHS) said in a medical advisory.

A defibrillator is used to treat a life-threatening cardiac event by resetting the electrical state of the heart so that it can beat normally. In Medtronic's case, the defibrillator uses an unsecured protocol to communicate with other devices.

WE'RE ALREADY IN THE MIDDLE OF A MAJOR CYBER WAR, EXPERTS BELIEVE

The problem does not affect pacemakers, insertable cardiac monitors or other Medtronic devices, the company said. “To date, no cyber attack, privacy breach, or patient harm has been observed or associated with these issues,” Medtronic added.

A key vulnerability is that the Conexus telemetry protocol (an automated communications process to collect data) used by the devices does not implement authentication or authorization, according to the DHS.

“An attacker with adjacent short-range access to an affected product, in situations where the product’s radio is turned on, can inject, replay, modify, and/or intercept data within the telemetry communication,” the DHS advisory said.

The DHS advisory listed about 20 products and versions of Medtronic devices affected.

Medical devices are increasingly connected to the internet, hospital networks and to other devices, the Food and Drug Administration (FDA) said in a separate general advisory.

"We’ve created a mass of medical devices that have no security built into them," Nadir Izrael, CTO & Co-Founder, Armis, an IoT (Internet of Things) security firm, told Fox News.

"I speak with healthcare companies regularly, and I’ve seen the ways that connected devices in healthcare settings are being targeted by malicious actors," Izrael continued. "I’ve seen MRI machines talking to servers in Russia, a medical crash cart being used to access Facebook or phishing websites, and even an infusion pump infected by malware that was still connected to a patient."

HOW TO AVOID TAX SCAMS THIS YEAR

Medtronic said it is developing software updates to improve the security of wireless communication. The first update is scheduled for later in 2019, subject to regulatory approvals.

Medtronic and the FDA recommend that patients and physicians continue to use devices as prescribed and intended, “as this provides for the most efficient way to manage patients’ devices and heart conditions,” the company said.

Defensive measures, to minimize the risk, that users can take include: