Google is commemorating today's (Aug. 21) epic total solar eclipse with a special animated doodle showing the moon blotting out the sun — with the help of two playful aliens, who bounce Earth's nearest neighbor back and forth with their spacecraft. (Go to the Google search page to get the full effect.)

Even if you're not within the path of totality, you can still get an eyeful: All of North America will be treated to a partial solar eclipse today, as will Central America, the Caribbean, northern South America and parts of Africa and Europe. 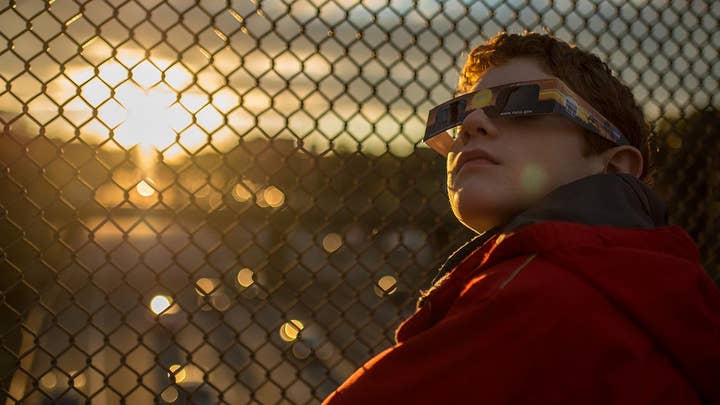 The moon's shadow will then zoom southeast across the continent. The total eclipse will bid farewell to the mainland at 2:49 p.m. EDT (1849 GMT) near McClellanville, South Carolina.

Reminder: Be very careful when viewing today's eclipse. The only time it is safe to observe the sun with the naked eye is during the brief period of total eclipse, which lasts just a few minutes at the most. At all other times — even during a partial eclipse — you must use eye protection, such as eclipse glasses or a solar viewer; otherwise, severe and permanent eye damage can result.

Google has a history of celebrating big astronomy and spaceflight events. For example, other doodles have marked the first "Grand Finale" dive of NASA's Cassini Saturn probe, the discovery of seven Earth-size planets around the dwarf star TRAPPIST-1, the detection of transient liquid water on Mars and New Horizons' historic 2015 flyby of Pluto.