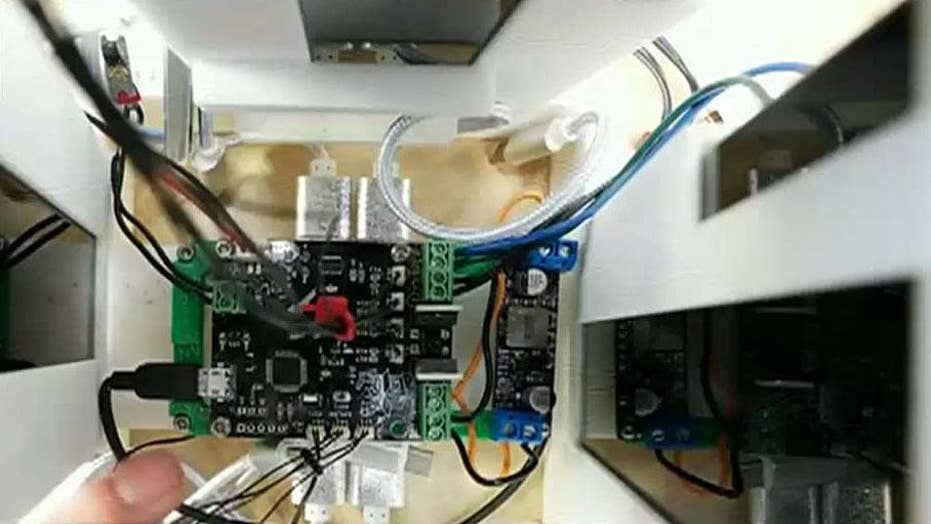 A former NASA engineer gets revenge on doorstep thieves with his invention.

The former NASA engineer whose "glitter bomb" video went viral earlier in the week admitted it was partially fraudulent.

On Thursday, Mark Rober, who created the video, admitted that some of the burglars' responses to the glitter bomb had been faked, but was unaware of that at the time he posted the video.

Rober admitted the fraud in a tweet when he said he removed 1.5 minutes of the original video after he was "presented with information that caused me to doubt the veracity of 2 of the 5 reactions in the video."

"I put a feeler out for people willing to put a package on their porch and this person (who is a friend of a friend) volunteered to help," Rober wrote in the tweet. "To compensate them for their time and willingness to risk putting a package on their porch I offered financial compensation for any successful recoveries of the package. It appears (and I've since confirmed) in these two cases, the 'thieves' were actually acquaintances of the person helping me."

The ex-NASA engineer turned YouTube star said that he was "really sorry about this" and that although this was his first ever prank video, he "should have done more" and was "sorry for putting something up on my channel that was misleading," adding he would "take all necessary steps to make sure it won't happen again."

Rober, who helped design hardware being used on the Mars Curiosity Rover, said it took six months to put the special package together.