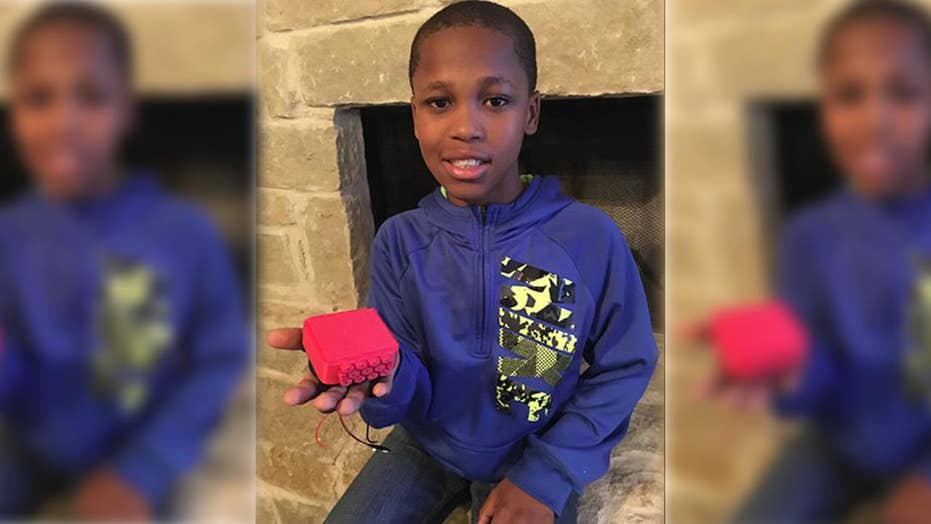 Fifth grader creates device to save children from hot cars

School is out for the summer for ten-year-old Bishop Curry of McKinney, Texas and he’ll be spending a lot of it developing his idea to help prevent deaths related to hot cars.

He calls his design, “oasis” and with the help of a GoFundMe campaign, Curry has already raised over $20,000 to help develop the device. The concept is shaped like a small box with ducts in a honeycomb pattern. Once it gets too hot, a sensor would tell the device to start blowing the cool air. Then, an antenna would alert local authorities and parents to come to the child's aid. He intends for it to be placed on the backseat headrests of the driver and passenger or to be placed on a car seat.

Curry tells Fox News that his patent should be approved within the year and that he and his family have some manufacturers lined up to build it. He currently has a 3D-model of his concept design. He described his motivations for coming up with the idea saying, “When a baby named Fern died down the street (from a hot car death), I came up with the idea because it was on the news and everything.”

712 children have died from heat stroke after being left in a hot car since 1998 and already twelve deaths this year alone, according to a San Jose State University study. The state of Nevada has the second highest death rate per capita for hot car deaths.

THIS NEW TECHNOLOGY CAN HELP PREDICT IF YOU'RE GOING TO DIE

Jan Null, a meteorologist by trade, helped to organize the study and says law enforcement along with child safety experts have used his research.

“Sadly it has remained flat,” Null said in regards to the trend in hot car deaths. “There really hasn’t been in the overall numbers of 37 average deaths per year in the U.S., that number hasn’t changed much."

Null would caution the efficacy of a device like Curry’s but still thinks it’s a great idea for a fifth grader to work on. “The whole discussion needs to be put into context. Every device that saves a life is obviously a good one. The amount of penetration that they can have and the good they can do is minimized by how many can get put into cars.”

Curry says his friends and classmates are interested in the idea as well. "They want to work for me."