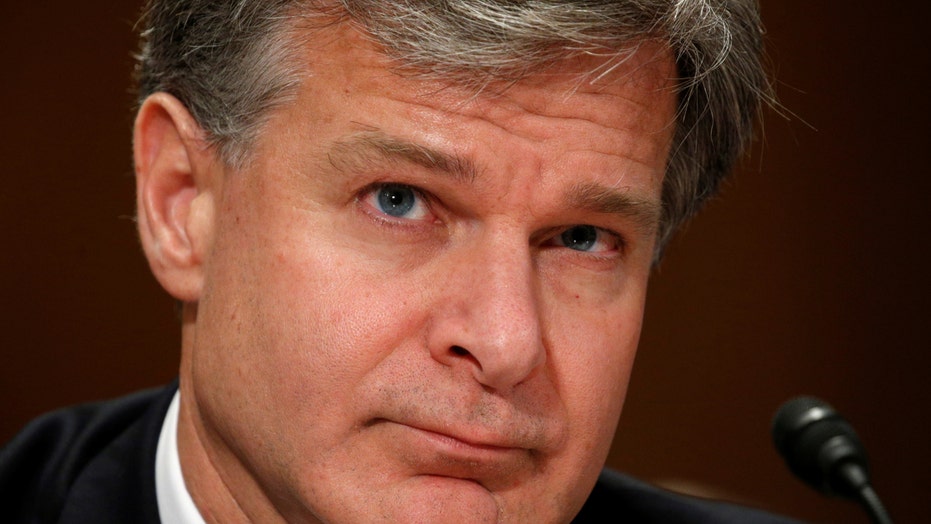 New cyber and digital national security threats are coming not just from terrorists, but an “uptick” in counterintelligence campaigns from China, the FBI said this week.

ISIS and domestic terrorists are very effective at recruiting sympathizers via social media and the internet, FBI Director Christopher Wray and other intelligence officials said on Nov. 5, testifying before the Senate Homeland Security Committee at a hearing on security threats facing the country.

“With the broad distribution of social media, terrorists can spot, assess, recruit, and radicalize vulnerable persons of all ages in the U.S. either to travel to foreign lands or to conduct an attack on the homeland,” Wray said in a statement.

The internet gives terrorists direct access to local American communities and the capability to spread their message “faster than was imagined just a few years ago,” he added.

Wray also pointed to domestic violent extremists and hate groups that now have global reach through the internet. To combat the threat, the FBI established the Domestic Terrorism-Hate Crimes Fusion Cell in the spring, Wray continued.

However, Wray devoted a lot his time during the hearing to the pervasiveness and persistence of the threat from China to American innovation.

China employs a wide range of bad actors to steal information from the U.S., he pointed out.

“[It's] not just Chinese intelligence officers, but people they enlist to help them like contracted hackers,” he said in his opening statement. Wray added that a wide variety of Chinese posing as innocent university graduates and researchers also work on behalf of China.

“We see the Chinese government encouraging and assisting the abuse of incentive plans, like the so-called Thousand Talents program,” he said, referring to a program for Chinese and international scholars, according to the Financial Times.

Overall, this kind of activity "is a threat to economic security and to national security. It is also a threat to American jobs, businesses, and big cities alike,” he testified.

The FBI has approximately 1,000 investigations involving the theft of U.S. based technology that leads back to China, he said. “It is a significant uptick from a few years ago.”

Additionally, the FBI has changed the emphasis regarding how it goes after cyber threats, focusing more on detection and less about intrusion.

“It is great to put locks and cameras and lights around the outside of your house," Wray pointed out. "But if the guy has already managed to pay off somebody to get inside your basement and is just hanging out there, all the stuff on the outside is not going to do a lot."