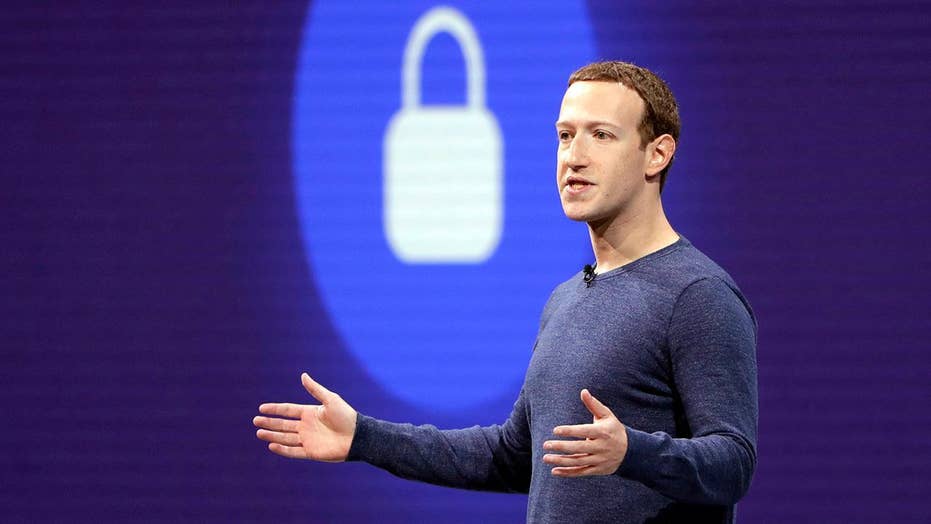 An 18-month-long probe into the social media giant climaxes with tough accusations from UK politicians on the manipulation of user data; Greg Palkot reports from London.

The results of an 18-month investigation by British lawmakers accused the tech giant of deliberately obstructing the United Kingdom's efforts to tackle misinformation and failing to fully address Russia's use of Facebook to manipulate elections. CEO Mark Zuckerberg testified before Congress last April, but he turned down three requests from British lawmakers to testify; instead, the company sent junior employees to appear.

“Democracy is at risk from the malicious and relentless targeting of citizens with disinformation and personalized 'dark adverts' from unidentifiable sources, delivered through the major social media platforms we use every day,” Damian Collins, the chairman of the Digital, Culture, Media and Sport Committee, told Fox News in a statement. "Much of this is directed from agencies working in foreign countries, including Russia."

The final 108-page report slams Facebook for choosing profit over the privacy rights of its 2.2 billion active monthly users. It says the Cambridge Analytica data scandal was facilitated by Facebook's own policies and that urgent regulation is needed.

The social network is reportedly negotiating with the Federal Trade Commission over a multibillion dollar fine related to the Cambridge Analytica scandal. Zuckerberg's former mentor, venture capitalist Roger McNamee, slams the social network in a new book as being invasive, manipulative and unwilling to change in the face of ongoing criticism.

"Facebook continues to choose profit over data security, taking risks in order to prioritize their aim of making money from user data," the report states. "It seems clear to us that Facebook only acts when serious breaches become public."

The British report, which warns that the social network is using its dominant market position to destroy its rivals, also states: "Companies like Facebook should not be allowed to behave like ‘digital gangsters’ in the online world, considering themselves to be ahead of and beyond the law."

A number of policy changes are recommended in the report, including the creation of a compulsory code of ethics for all tech companies to be overseen by an independent regulator; government regulators given the power to launch legal action against companies that break the rules; and social media networks like Facebook being forced to remove sources of harmful content, including disinformation.

The Menlo Park, Calif. company was blasted last week by a coalition of civil society groups for not moving fast or strongly enough to combat misinformation. Authorities in Germany recently said Facebook was guilty of "exploitative abuse" over its use of customer data from other apps that show users targeted advertisements.

"Evidence uncovered by my Committee shows he still has questions to answer yet he’s continued to duck them, refusing to respond to our invitations directly or sending representatives who don’t have the right information," Collins said in a statement. "Mark Zuckerberg continually fails to show the levels of leadership and personal responsibility that should be expected from someone who sits at the top of one of the world’s biggest companies."

A Facebook spokesperson explained to Fox News that the company has tripled the size of its team working to protect users from misinformation and bad content to 30,000 while investing heavily in machine learning and AI to prevent this type of behavior.

"We are open to meaningful regulation and support the committee's recommendation for electoral law reform. We have already made substantial changes so that every political ad on Facebook has to be authorized, state who is paying for it and then is stored in a searchable archive for seven years. No other channel for political advertising is as transparent and offers the tools that we do," a Facebook spokesperson told Fox News.

“We also support effective privacy legislation that holds companies to high standards in their use of data and transparency for users," the Facebook spokesperson said.