Facebook acknowledged Tuesday that it has shared “controlled” access to user data with at least four Chinese companies, including one flagged as a national security threat, a report said.

The paper recently published reports detailing how Facebook has given device makers deep access to the data of users' friends without their explicit consent. The data included work history, relationship status and likes on device users and their friends. 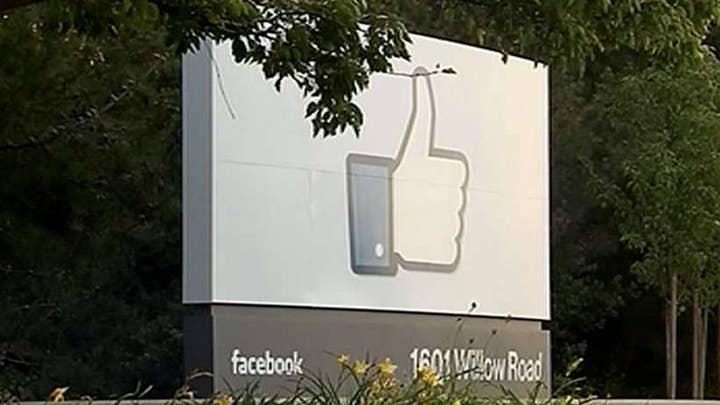 “I look forward to learning more about how Facebook ensured that information about their users was not sent to Chinese servers,” said Sen. Mark Warner, D-Va., vice chairman of the Senate Intelligence Committee.

Facebook, which has been banned in China since 2009, issued a statement ensuring that access to all information shared with Huawei was carefully managed and stayed on its phones, not on Huawei’s servers.

The company said it would end its data partnership with Huawei by the end of this week, Reuters reported. It is also ending partnerships with the three other Chinese firms.

“Facebook is learning hard lessons that meaningful transparency is a high standard to meet.”

The Federal Trade Commission is currently investigating Facebook to determine whether the company adhered to the 2011 settlement requiring it to enact a number of security measures to ensure users’ information isn’t shared without their consent.

In this April 11, 2018, file photo, Facebook CEO Mark Zuckerberg departs after testifying before a House Energy and Commerce hearing on Capitol Hill in Washington about the use of Facebook data to target American voters in the 2016 election and data privacy. (Associated Press)

The Times reported the recipients of Facebook data included Chinese firms like Huawei that have been banned by some U.S. government agencies due to security risks—though the company has long denied such concerns.

For years, Huawei and its Shenzhen-based rival ZTE have been the subject of security misgivings in the U.S., but they have come under particular scrutiny since the start of the Trump administration. The Pentagon in May banned the sale of Huawei and ZTE phones on military bases, four months after AT&T dropped a deal to sell a new Huawei smartphone.