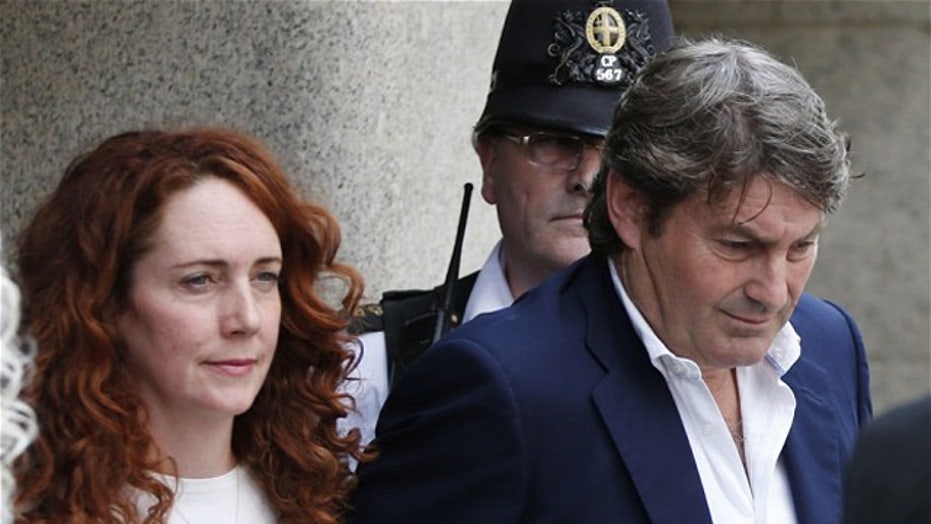 LONDON – Former News of the World editor Andy Coulson was convicted of phone hacking Tuesday, but fellow editor Rebekah Brooks was acquitted after a monthslong trial centering on illegal activity at the heart of Rupert Murdoch's newspaper empire.

A jury unanimously found Coulson, an ex-adviser to Prime Minister David Cameron, guilty of conspiring to intercept communications. Brooks was acquitted of that charge and of counts of bribing officials and obstructing police.

The nearly eight-month trial was triggered by revelations that for years the News of the World used illegal eavesdropping to get stories, listening in on the voicemails of celebrities, politicians and even crime victims.

Three others — Brooks' husband Charles Brooks, her former secretary Cheryl Carter and News International security chief Mark Hanna — were acquitted of perverting the course of justice by attempting to hide evidence from police.

Former News of the World managing editor Stuart Kuttner was found not guilty of phone hacking.

The defendants stood silently in the dock as the forewoman of the 11-member jury announced the verdicts.

The scandal led Murdoch to shut down the 168-year-old tabloid and spurred criminal investigations in which dozens of journalists and officials have been arrested.