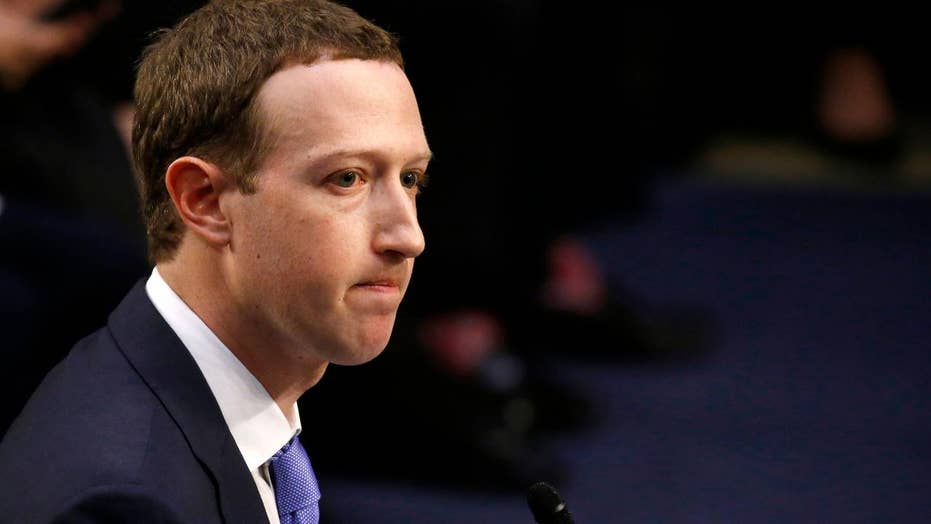 A look at Facebook CEO Mark Zuckerberg’s first day of testifying in front of the U.S. Senate about the Cambridge Analytica scandal where the information of roughly 87 million Facebook users’ information was harvested. Zuckerberg admitted his company made mistakes and details the efforts he has made to correct them.

A former top employee of Cambridge Analytica said Wednesday that the key to resolving the breach of trust between users and tech companies highlighted by the Facebook data scandal is to truly consider data as property.

Facebook recently outlined a series of steps it is taking to comply with the European Union's General Data Proctection Regulation, but the company needs to radically rethink how it treats users' data, according to Brittany Kaiser.

Kaiser, who worked as a business development director with the U.K.-based data analytics company for three years and left in February, said during a press briefing on Wednesday that the only way to solve the problem is to give data the same legal protection as property.

“If we want protection, we need to start thinking of our data as our property, because, if no one has noticed, property is held up and protected legally,” Kaiser, who now works for Bueno Capital on blockchain business development, said during a press conference. “If our data is our property that’s the only way we’ll move forward in a productive manner and empower individuals.”

Kaiser has challenged Zuckerberg and other Facebook executives with the #OwnYourData campaign, which asks the tech giant to change its terms of service to acknowledge that the vast trove of data on its 2.2 billion users is actually the property of those users.

Facebook’s terms of service open with this line: “You own all of the content and information you post on Facebook, and you can control how it is shared through your privacy and application settings.” The tech company's CEO referenced the terms of service during his Senate testimony and told lawmakers at least 45 times that users control their data.

However, Kaiser said if you actually read the fine print, you find a line that “makes it sound like your data might be your property and then the rest of the [terms] go on to undermine that concept.”

The former Cambridge Analytica employee is not a supporter of the #DeleteFacebook campaign, saying that the current crisis represents an opportunity for Facebook and other tech companies to show leadership and take the industry to the next level.

But she did take issue with COO Sheryl Sandberg, who recently hinted that users might have to pay a fee for total data privacy on Facebook.

“I was very taken aback and disappointed in Sheryl Sandberg’s public statement that if an individual did not want to continue to share their data with FB they would have to pay,” said Kaiser, who also worked on data analytics for Barack Obama's first presidential campaign. “To me, that sounds like a threat. Continue to let us use your property or pay?”

Kaiser suggested that one model that Facebook could adopt is that of Airbnb, which empowers people to profit from something they own--physical space--and still allows the tech company to make money. "Why can't you as an individual share in the value that's created?" she asked.

Regardless of whether enough users demand better terms of service or abandon the social platform entirely, Kaiser says the entire episode is a teachable moment for tech firms like Google and Facebook.

“Imagine if Facebook's users received a universal basic income every day. ... This isn’t going to be easy because it means that inherently their business model is going to take a little bit of a pay cut,” she explained. “But I think it’s only right that if they purport to be a platform that is for the good of their users, to make the world a better place that they start to actually prove that they mean that with their actions.”