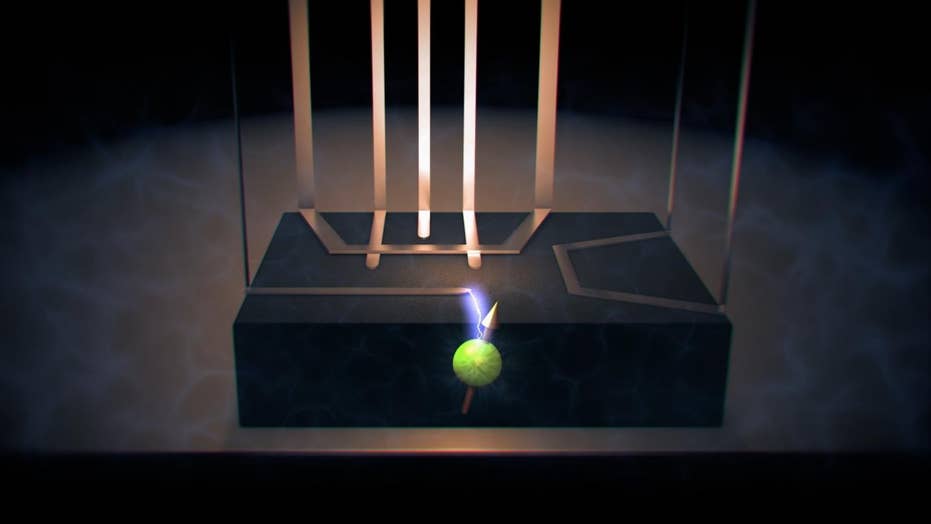 A team of engineers in Australia has cracked a problem that has stood for more than half a century.

In 1961, scientist and Nobel Laureate Nicolaas Bloembergen had suggested that the nucleus of a single atom could be controlled using only electric fields. Now, the engineers at the University of New South Wales Sydney have achieved just that.

An artist's impression of how a nanometer-scale electrode is used to locally control the quantum state of a single nucleus that is inside a silicon chip. (UNSW/Tony Melov)

"This discovery means that we now have a pathway to build quantum computers using single-atom spins without the need for any oscillating magnetic field for their operation," said Andrea Morello, UNSW's scientia professor of quantum engineering, in a statement. "Moreover, we can use these nuclei as exquisitely precise sensors of electric and magnetic fields, or to answer fundamental questions in quantum science."

The research is described in a paper in the journal Nature.

The discovery was made by accident, according to the University of New South Wales, which explains that the researchers were originally attempting to perform magnetic resonance on a single atom of the chemical element antimony.  "However, once we started the experiment, we realized that something was wrong. The nucleus behaved very strangely, refusing to respond at certain frequencies, but showing a strong response at others," said Dr. Vincent Mourik, also a lead author on the paper, in a statement. "This puzzled us for a while, until we had a 'eureka moment' and realized that we were doing electric resonance instead of magnetic resonance."

Scientists note that generating magnetic fields requires large coils and high currents and that the fields are difficult to confine to small spaces. Electric fields, however, can be produced at the tip of a tiny electrode, enabling atoms to be easily controlled in nanoelectronic devices.

The discovery could pave the way to “scalable, nuclear- and electron-spin-based quantum computers in silicon that operate without the need for oscillating magnetic fields,” according to the paper.