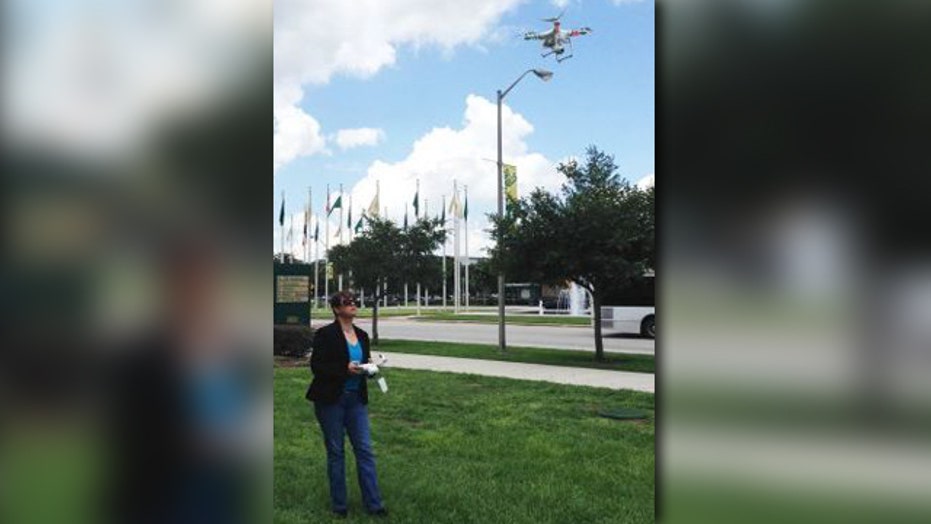 Long synonymous with the battlefield, drones will soon be seen over at least one U.S. college campus as students use the technology to support their studies.

Later this year, the library at the University of South Florida in Tampa will start loaning two Phantom 2 Quadcopters to students. “There are many, many applications across all academic departments at the university to use the unique perspective that the Quadcopter offers,” Maryellen Allen, Assistant Director for Instructional Services at the University of South Florida’s Tampa Library, told FoxNews.com. “It could be an architectural student, an engineering student, and environmental studies student – it could even be a dance student.”

Part of the University’s Digital Media Commons project which aims to boost digital literacy, each drone will carry a GoPro camera.

Only students who can prove that the devices are needed for a multimedia research assignment will have access to the Quadcopters and their use will be carefully supervised by a faculty member. Allen told FoxNews.com that students will only be allowed to fly the drones over the campus, not exceeding heights above 400 feet.

Drones, however, are proving a divisive technology. While Amazon CEO Jeff Bezos famously wants to make deliveries via drone, not everyone is a fan of the unmanned aerial vehicles. Last week, the National Park Service prohibited drones, citing noise and nuisance complaints, visitor safety concerns and an incident in which park wildlife were harassed.

Clearly acknowledging the challenges posed by the technology, the Federal Aviation Administration issued guidance to model aircraft operators earlier this week, which also serve as guidelines for drone use.

The FAA reiterated that model aircraft should not interfere with manned aircraft and must be flown within sight of the operator. Model aircraft operators flying within five miles of an airport must notify the airport operator and air traffic control tower, it added.

Crucially, though, FAA approval per se is not required to operate a drone or model aircraft as long as it is for hobby or recreational use.

An FAA spokesman told FoxNews.com that, at this stage, it’s unclear whether or not the University of Florida’s project would be defined as hobby or recreational use.

Officials at the University of South Florida acknowledge that they still have plenty of work to do before their drones launch in the fall. “We’re at the very beginning stages of formulating our policies and procedures around this,” Nancy Cunningham, Director of Academic Services at the University of South Florida’s Tampa library, told FoxNews.com. “We’re looking at all of the guidelines that the FAA has issued.”

Use of drones to support individual students’ studies, she added, is something completely new. “I don’t think it’s something that the FAA has dealt with yet,” she said. “I am looking forward to the FAA looking into this in a campus environment.”

The FAA, however, is not a complete stranger to drones in academia. The agency recently picked Texas A&M Corpus Christi as one of six drone test sites to research the best ways to add the technology to America’s crowded skies. Another site in North Dakota will test drones to survey crops.