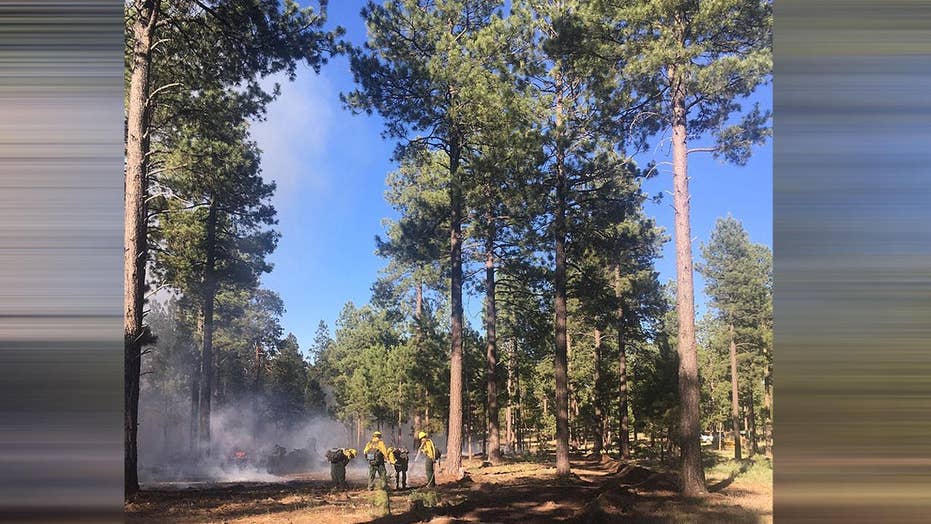 Officials spot drone near blaze causing a delay in action

Arizona officials are concerned drones are getting in the way of their ability to fight wildfire.

As crews were battling a fire just north of Flagstaff Tuesday, officials say a drone’s presence delayed air crews from putting out the blaze. It was not reported how long teams were delayed because of the drone and ground crews were later sent in.

George Jozens, Deputy Public Affairs Officer for the Coconino National Forest said the owner of the drone was not apprehended and the fire was said to have been started due to a campfire left smoldering. The fire was later fully contained that same day coming in around 3 acres in size.

Jozens added that it could have been much worse. “This year has been dramatic on our forest [for drone incursions] and that’s all I can speak of.” Jozens says two firefighting aircraft were delayed. A helicopter set down in a meadow and a fixed wing aircraft continued to fly away from the area until confirmation was made that drone was out of the area.

The incident in Arizona was not the first time a case like this has occurred. Drones present a huge risk for firefighters and pilots flying over large fires trying to extinguish them. There are concerns collisions could occur and people can be injured.

The National Interagency Fire Center reports that there were 41 drone incursions in the U.S. last year while aerial firefighting was underway. Three of those occurred in Arizona. The agency works with the U.S. Forest Service, the Bureau of Land Management, and the National Weather Service. The U.S. Forest Service even launched a campaign warning drone pilots that “If you fly, we can’t.”

In a Fact Sheet compiled by the U.S. Forest Service, officials outlined the scope of the FAA regulations surrounding Unmanned Aircraft Systems (UAS). “FAA approval is required for all pilots and organizations to fly UAS for other than hobby or recreation purposes in the National Airspace System (NAS).”

A spokesperson from the National Interagency Fire Center (NIFC) tells Fox News that it is against federal regulations per the U.S. Code of Federal Regulations, 43 CFR 9212.1(f), it is illegal to resist or interfere with the efforts of firefighter(s) to extinguish a fire. Doing so can result in a significant fine or a mandatory court appearance.

“They’re not up there helping anything. They’re up there for personal use. It’s not worth the lives of our firefighters who are up there trying to kill the fire," said Jozens.