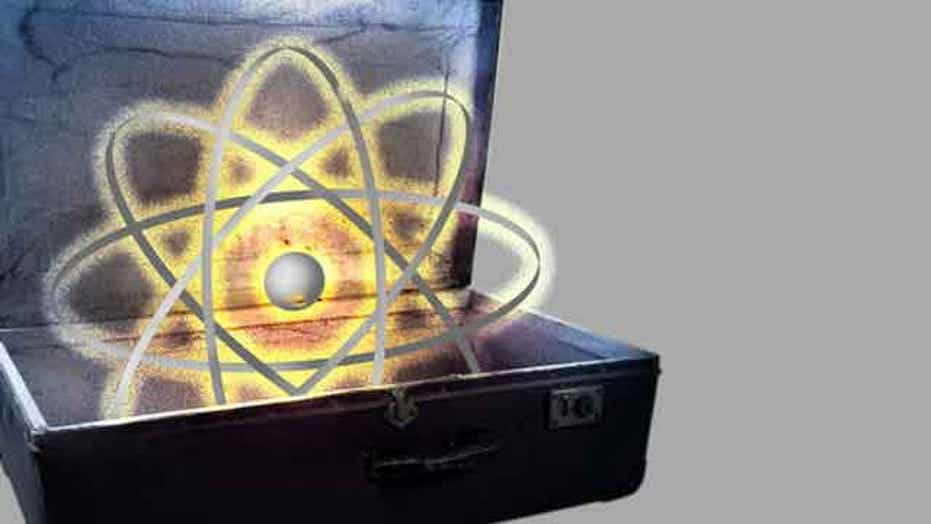 Stopping dirty bombs in a neighborhood near you

Raw, radiological material that terrorists could use to build a dirty bomb was secured in a Philadelphia school this week.

On March 11, the U.S. National Nuclear Security Administration (a semiautonomous branch of the Energy Department) and Philadelphia’s Temple University announced they had secured a device containing cesium 137 -- one of more than two dozen such elements used in medicine and industry that could be turned into a dirty bomb.

'This operation is part of NNSA’s broad strategy to keep dangerous nuclear and radiological material safe and secure.'

As of Feb. 28, 2011, only 251 of these buildings had completed NNSA security enhancements. The agency hopes the rest will do so by 2025 -- leaving another 12 years of vulnerability to theft and misuse.

Dirty bombs are far easier to construct than nuclear bombs and do not use fissile material such as enriched uranium or plutonium. Extracting plutonium requires a reactor and enriching uranium is no easy task. Dirty bombs (security forces all them “radiation dispersal devices”) use conventional explosives such as car bombs to scatter radioactive materials through a densely populated area.

The physical damage is limited and the threat of dying from radiation exposure very small with such a device. But a dirty bomb would cause extensive economic damage and social upheaval while instilling panic and fear in civilians.

Philadelphia, New York City, and around the country
In this case, the material came from a medical research irradiator that was removed from Temple University’s Old Medical School Building and transported to a secure location, where it will be prepared for disposal at a federal facility.

The device had been used in medical research for two decades. The cesium-137 left within it would have been an attractive target.

Just over two years ago, another terrorist treasure trove was recovered from a warehouse a mere 25 miles outside of Manhattan. On January 2010, the NNSA secured of high-activity radioactive devices containing enough cesium-137 to make a bomb.

"Properly disposing of more than 3,000 curies of Cesium eliminates the threat this material poses if lost or stolen and used in a dirty bomb," NNSA administrator Thomas P. D'Agostino said at the time.

The agency has recovered and secured more than 31,000 disused and surplus radioactive sealed sources within the United States, eliminating more than a million curies of what is essentially radiological catnip for terrorists.

Each year, thousands of sources become disused and unwanted in the United States. There are regulatory requirements for in-place secure storage, and the Global Threat Reduction Initiative also helps to remove these sources for permanent and safe disposal.

Threat level
There are approximately twenty-five different radionuclides used in medicine and industry, from devices to measure product moisture and monitor pipe corrosion through to power sources.

Sources, often referred to as “sealed sources,” tend to be small metal containers with radioactive material sealed inside.

The container is meant to prevent radiation from escaping, and as long as the housing remains intact and sealed (and it is properly handled), it presents no health risk.

To purchase a device with this sort of material requires a licensed and plans to safely and legally dispose of it. The International Atomic Energy Agency ranks the potential harm of such devices from 1 to 5.

Category 1 sources such as irradiators or teletherapy machines could cause death or permanent injury to those in close proximity for a short period of time, ranging from minutes to hours. Category 5 sources like X-ray fluorescence devices could cause minor temporary injury.

Some facilities do not have the resources to make these security upgrades and NNSA will provide the funding if the facility agrees to take over future maintenance.

In April 2009, President Obama announced that he would secure vulnerable nuclear material around the world within four years. He described a terrorist acquiring nuclear weapons as "the most immediate and extreme threat to global security."

The President’s FY 2012 budget request included $2.5 billion, and $14.2 billion over five years, to reduce this global nuclear threat. Yet four years have elapsed and the vulnerable material has not been completely secured.

In most dirty bomb scenarios hundreds may die from the blast, but only a few, if any at all, would die from radioactivity. It is the fear of radiation or terror that a dirty bomb would unleash that makes it so attractive to terrorists.

Even if there isn’t a health threat, the public could be expected to panic about the radiation risks, possibly causing economic paralysis, mass evacuations, and displaced populations reluctant to return to their homes.