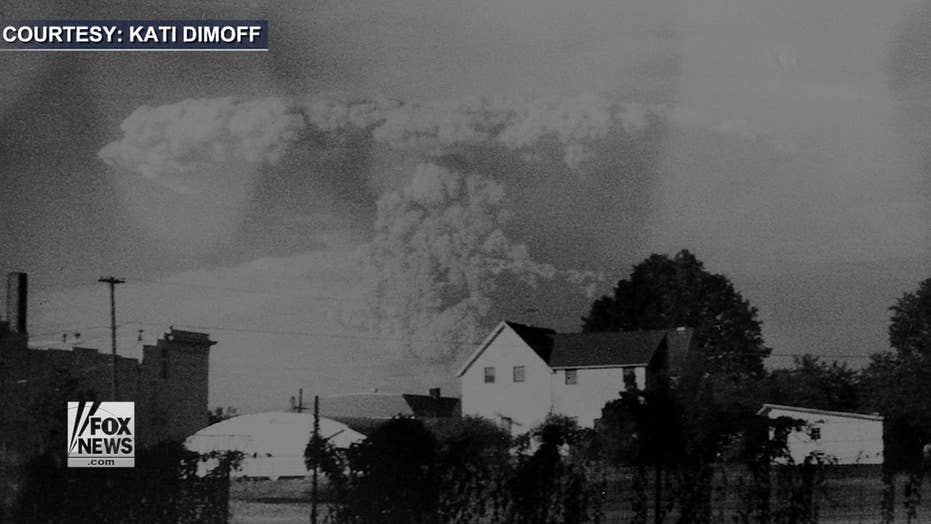 New photos of the deadly 1980 eruption of Mount St. Helens are discovered after a photographer developed a roll of film she found in an old camera bought at a Goodwill store

A decades-old camera found at a Portland, Ore., Goodwill store contained film with haunting images of the deadly 1980 eruption of Mount St. Helens.

Photographer Kati Dimoff told Fox News that she always checks the Goodwill store on Grand Ave. for film cameras with exposed but undeveloped rolls of film. On May 26, she bought an Argus C2 camera, likely manufactured around 1938, which contained a damaged roll of Kodachrome slide film.

The process for developing Kodachrome, a color slide film, has been discontinued, so Dimoff took the film to photo specialist Blue Moon camera and Machine in Portland, which developed the prints in black and white.

“When I picked up the prints on Monday, June 12th, there was a note on the package that said ‘is this from the Mt. St. Helens eruption’?” she explained, in a statement emailed to Fox News. “Some of the shots showed Mt. St. Helens way off in the distance with just the little puffs of ash from the beginning of the eruption, with the Longview Bridge in view, so it must have been shot from just off highway 30.”

Dimoff noted that two of the shots showed a larger ash cloud with John Gumm Elementary School in St. Helens, Oregon, in the foreground.

Another image shows a family in a backyard. When the photo was published in the Oregonian, Mel Purvis contacted the newspaper to explain that he is in the picture with his wife Karen, son Tristan and grandmother Faye. Purvis said that the camera had belonged to Faye, so Dimoff will be mailing the camera, as well as the negatives and prints to him.

The Mount St. Helens eruption with the Longview Bridge in the foreground (Courtesy of Kati Dimoff)

Dimoff was amazed by the images. “Mt St. Helens is my favorite place,” she explained, via email, noting that her family takes a trip to Loowit Lookout on the mountain every summer. “It feels sacred there. So, when i realized my found film had images of the eruption, it felt like it was meant to be.”

7 AMAZING THINGS YOUR SMARTPHONE'S CAMERA CAN DO

The deadly volcanic eruption at Mount St. Helens occurred on May 18 1980, blasting more than 1,300 feet off the top of the volcano and raining volcanic ash for miles around. Some 57 people lost their lives in the aftermath of the eruption.

Dimoff said she was surprised that the film in the camera was not developed, particularly following such a major event.

“I was curious how it could be that anyone would shoot images of the eruption (which was such an iconic time here in the Pacific Northwest) and not run right out and get them developed.  Instead, leaving them in the camera and somehow forgetting about it for 37 years,” she explained.