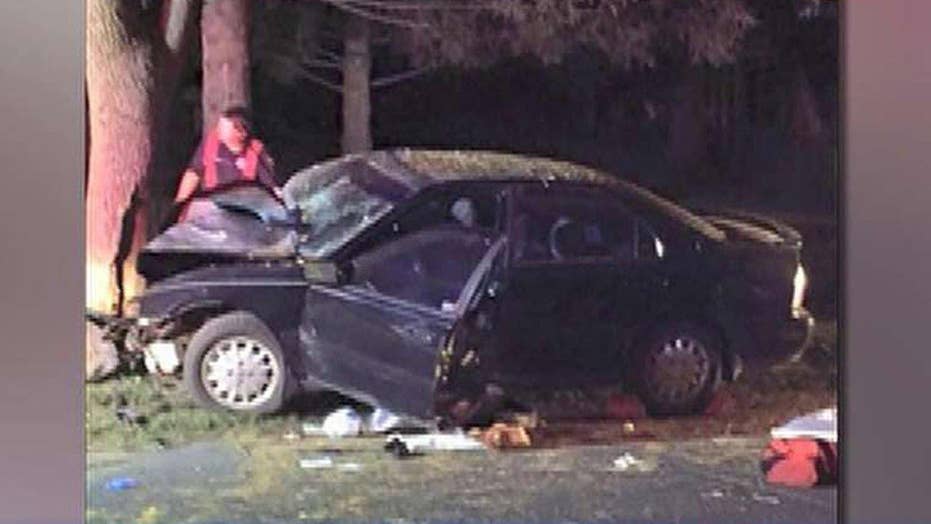 “Death by Pokemon is coming,” warns Gerry Beyer, Governor Preston E. Smith Regents Professor of Law at Texas Tech University School of Law. “Pokemon users will have all sorts of accidents as they use the program while walking, biking, driving, etc.”

Two men apparently playing the game had to be rescued after falling off a 90-foot ocean bluff in California Wednesday, the San Diego Union-Tribune reports.

The "Pokemon GO" phenomenon has driven extensive media coverage, but amid all the brouhaha, a number of reports have been identified as hoaxes.

The free augmented reality game lets players ‘capture’ digital creatures at real locations using their smartphones. Digital items that can be used within the game can be found at so-called ‘PokeStops’ which are often located at real landmarks.

A slew of trespassing incidents have been linked to the game. Fox8, for example, reports that three teenagers were stopped at Perry Nuclear Power Plant in Ohio Tuesday when they trespassed on the site in pursuit of Pokemon characters.

“Pokemon GO” has already prompted a flood of warnings from police departments. “As you battle, train, and capture your Pokemon just remember you’re still in the real world!,” warned San Francisco Police Department, in a Facebook post Tuesday. Other law enforcement agencies have already reported accidents, injuries and robberies where suspects have used the game to lure victims, it added.

Armed robberies of “Pokemon GO” players have been reported in Maryland and on Long Island.

The game has also been cited in road accidents. Texas A&M University Police tweeted this week that a vehicle struck an illegally parked car Monday, noting that the “1st driver had exited to catch a Pokémon.”

The following day a driver reportedly wrapped his car around a tree while playing “Pokemon GO” in upstate New York.

On July 7, a Reddit user lamented that “Pokemon Go put me in the ER” in a thread devoted to the game. “Not even 30 minutes after the release last night, I slipped and fell down a ditch. Fractured the fifth metatarsal bone in my foot, 6-8 weeks for recovery. I told all the doctors I was walking my dog lol... Watch where you're going, folks!,” the poster wrote.

One woman told WPXI-TV in western Pennsylvania that her 15-year-old daughter was hit by a car while playing the game and crossing a busy highway. The girl was reportedly hospitalized with an injured collarbone and foot, as well as cuts and bruises.

In addition to the accident risks, Texas Tech University’s Beyer warns that trespassing “Pokemon Go” players could be putting their lives in danger. “I also fear that Pokemon trespassers may be considered home invaders by property owners and injured or even killed by owners who believe they are defending their property and life,” he told FoxNews.com, via email.

“The Pokemon user certainly will be liable for trespassing (and any other damages he or she causes) to the property owners,” he added.

A warning from “Pokemon GO” developer Niantic also pops up every time the app is opened, telling players to aware of their surroundings. Players must also agree to fine print saying they cannot enter private property without permission.

There's also a disclaimer that says Niantic is not liable for any property damage, injuries or deaths that result while playing.

However, Beyer thinks that many people do not pay close attention to fine print, citing the results of a recent service agreement study.

“Pokemon GO” sparked controversy this week when characters in the game appeared in the United States Holocaust Memorial Museum and Arlington National Cemetery. Sen. Al Franken, D-Minn, has called for Niantic to give “greater clarity” about how it handles users’ security and privacy.

The brouhaha, however, has done little to dent the popularity of “Pokemon GO”. The game has overtaken Pandora, Twitter, Netflix, Google Hangouts and Spotify for daily use in the U.S, according to digital market intelligence specialist SimilarWeb. “Pokemon GO” is also closing in on popular social media apps Snapchat and WhatsApp, SimilarWeb announced Thursday.

Niantic has not yet responded to a request for comment on this story from FoxNews.com.