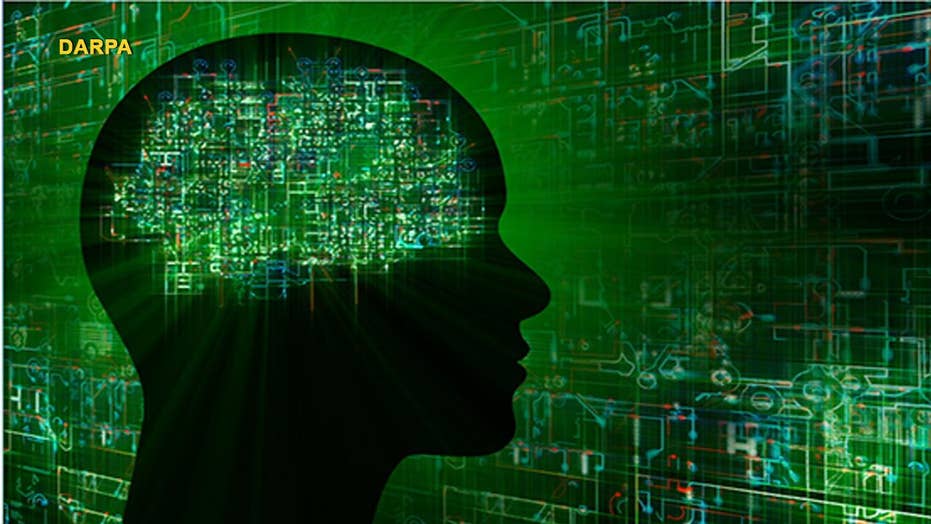 Firepower: Could the US deploy 'cyborg' troops?

Tech Take: Allison Barrie on the new chip technology that, when implanted, will connect human brains to computers

The U.S. military is working to develop a new chip technology that, when implanted, will connect human brains to computers – making cyborgs.

Should the chip succeed, it could have nearly limitless possibilities. The U.S. military’s Defense Advanced Research Projects Agency (DARPA) often plays a big role in the development of technologies that civilians eventually benefit from, such as GPS or the Internet.

For the US military, it could help warfighters on a number of levels, such as augmenting their senses- hearing, sight and more.

The technology has the potential to restore sight to the blind, transform prosthetics into limbs that function seamlessly like the original one and even possibly control disease.

DARPA recently revealed the new Neural Engineering System Design, or NESD.  By investing in research, DARPA hopes to create an implantable neural interface that will connect humans directly to computers at an unprecedented level.

What’s a cyborg? By definition, a cyborg is a person whose physical abilities are extended beyond normal human limitations by mechanical elements built into the body.

NESD falls within the Brain Research through Advancing Innovative Neurotechnologies (BRAIN) initiative launched by President Obama in 2013. BRAIN is intended to encourage research that will cure or help brain disorders and brain damage.

The new chip will be about the size of sugar cube or two stacked nickels– that’s about one cubic centimeter.

NESD will act as a translator between the brain and digital world. The brain neurons use one language and computers another.

The chip would be implanted in the brain. Once implanted, it will act as a neural interface. Its job is to convert electrochemical signals sent by neurons in the brain. The chip will translate these brain signals into the ones and zeros that computers understand and then translate the computer messages into signals the brain understands.

Currently, human-computer interface technology connects a machine to approximately 100 to 1,000 neurons at a time.

Related: $1 million guns made of meteorite

With this revolutionary chip, the tech will connect individual neurons to the machine. And ultimately potentially be able to so with millions of them.

Why does this matter? By leveraging individual neuron connections, the user would enjoy far better and finer control, a reduction in noise and accelerated communication between the human and the linked computer.

So how, for example, would it improve the user’s vision? The computer would feed the brain additional digital visual information that augments the user’s sense of sight.

For a civilian whose sight is impaired – the computer would feed the brain the additional data, helping to restore the sight so that they can “See.” For the warfighter, think feeding visual data in a higher resolution than is currently possible. Maybe even potentially augmenting them to “see” with Superman X-ray vision or seeing through the eyes of a drone.

Why haven’t cyborgs been successful yet?

Current human neural interfaces squash massive amounts of data through about 100 channels.  Each of these channels then aggregates signals from thousands of neurons. This approach means you get an outcome that is messy and noisy.

NESD aims to create a system that solves these problems. The groundbreaking tech will allow clear and individual communication with any one of the neurons – and up to a whopping 1 million neurons - in a given region of the brain at any time.

“Today’s best brain-computer interface systems are like two supercomputers trying to talk to each other using an old 300-baud modem,” explained DARPA NESD Manager Phillip Alvelda, in the defense agency’s news release. “Imagine what will become possible when we upgrade our tools to really open the channel between the human brain and modern electronics.”

DARPA’s proposal says that the chip will be part of wider advances. For some goals to be achieved, further breakthroughs will be needed in medical device manufacturing and packaging, synthetic biology, neuroscience, low-power electronics and photonics.

The agency is encouraging those with expertise and promising ideas to participate and is hosting a Proposers’ Day meeting on Feb. 2 and 3. DARPA anticipates investing up to $60 million in the NESD program over four years.