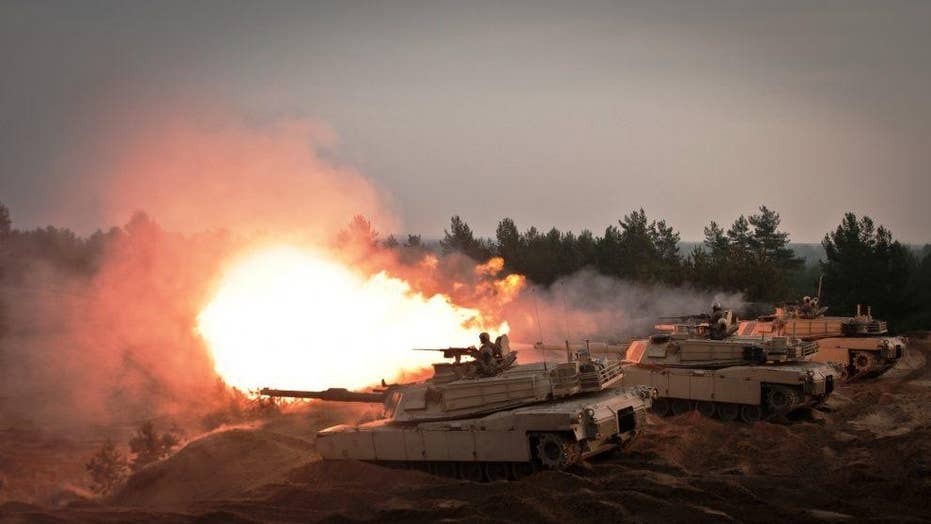 According to research organization RAND, should a major conflict arise in Russia and China's 'backyards,' US forces would be crushed by a vast array of both conventional and cyber weapons. Based on a variety of wargame simulations, a clash with Russia in the Baltic states would result in the rapid defeat of U.S. forces and their allies. Simultaneously, a Chinese invasion of Taiwan, while a massive military gamble for China, would also pose a huge challenge for U.S. forces in the area.

Research organization RAND has run dozens of wargames simulating major conflict scenarios in what it describes as Russia and China’s “backyards.” The wargames suggest that the U.S. forces in those locations would get attacked by a vast array of both conventional and cyber weapons.

RAND Senior Defense Analyst David Ochmanek discussed the simulations at the Center for a New American Security (CNAS) in Washington D.C. last week. “In our games, where we fight China or Russia … blue gets its a** handed to it, not to put too fine a point on it,” he said, during a panel discussion. Blue denotes U.S. forces in the simulations.

“We lost a lot of people, we lose a lot of equipment, we usually fail to achieve our objectives of preventing aggression by the adversary,” Ochmanek added during the CNAS discussion.

Based on the wargames, a clash with Russia in the Baltic states would result in the rapid defeat of U.S. forces and their allies, Ochmanek told Fox News. “Within 48 to 72 hours, Russian forces are able to reach a capital of a Baltic state,” he said. On the other side of the world, a Chinese invasion of Taiwan, while a massive military gamble for China, would also pose a huge challenge for U.S. forces in the area, according to Ochmanek.

Russia and China have amassed large inventories of precision-guided cruise missiles and ballistic missiles that can reach hundreds of miles and strike military targets, the researcher said. Set against this backdrop, U.S. military outposts and aircraft carriers in the contested regions could face a potential devastating barrage of missiles.

In RAND’s wargames and analysis, Russia, and particularly China, unleash so many missiles that they overcome U.S. defenses. “They send salvos that are so great that we cannot intercept all the missiles,” Ochmanek said.

The researcher notes that the key “domains of warfare” are contested from the start of hostilities. The U.S., he explains, should not assume air and maritime superiority over the battlespace. American space assets could also face attacks, while U.S. command and control systems could be targeted by electromagnetic and cyber weapons.

To combat these threats, U.S. forces could ramp up their deployment of so-called ‘standoff’ missiles that can be fired from large distances, such as cruise missiles, according to Ochmanek, along with highly robust reconnaissance systems and jam-resistant communications.

“For a sustained investment of an additional $8 billion a year between 2020 and 2030, the U.S. Air Force could buy the kit needed to make a difference,” he said, noting that similar sums would be required for the Army and Navy.

America’s posture is also key when it comes to challenging potential adversaries such as Russia, according to Ochmanek. “It’s putting more combat power back into Europe, and putting it on Europe’s eastern flank,” he said.

The U.S. National Defense Strategy, which was released by the DoD last year, cites the restoration of “America’s competitive edge by blocking global rivals Russia and China from challenging the U.S. and our allies,” as one its key goals.

“Long-term strategic competitions with China and Russia are the principal priorities for the Department, and require both increased and sustained investment, because of the magnitude of the threats they pose to U.S. security and prosperity today, and the potential for those threats to increase in the future,” the strategy explains.