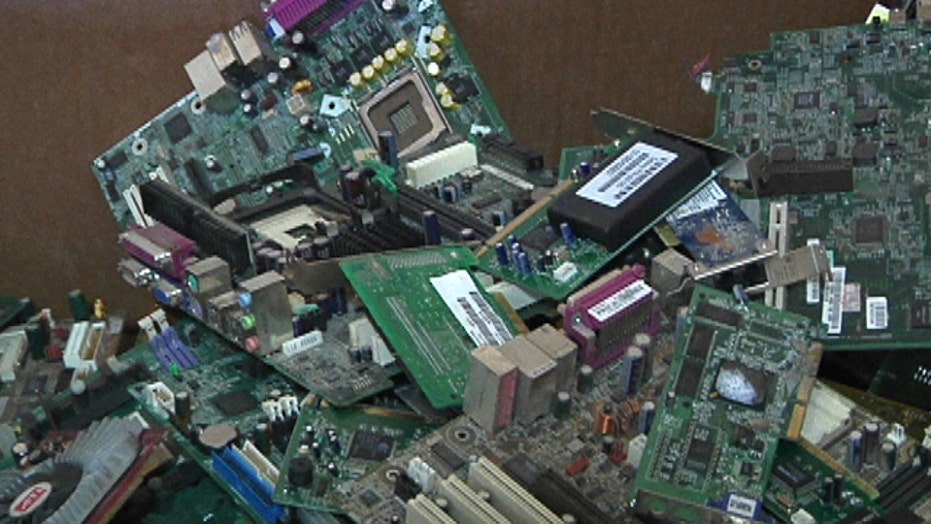 But as restrictions on what cannot be thrown out get stricter, electronics are getting recycled.

Des Moines, IA – Just got a new cell phone? Don’t be so quick to throw the old one on the shelf -- it’s worth cash.

New cell phones are hitting the market more often than ever, and that means old phones are being hung up for good. Unfortunately, many electronics, like old phones, find their way into a landfill rather than a recycling plant.

In this year alone the Environmental Services of Iowa have recycled 125,000 pounds of electronics. But that number could be better. Today less than one third of electronics are properly disposed.

"There's really no reason not to recycle whether it be a cell phone or computer,” Marty Rolfes, president of the Environmental Services of Iowa, told FoxNews.com.

Even the most low-tech cell phone contains precious metals. Copper, silver, lead, and gold can mean that a mountain of old cell phones translates into a mine of value.

"The landfills can't take them anymore so something has to happen to them and we need to keep recycling and keep those precious metals,” said York Taenzer, senior vice president of Environmental Services of Iowa.

Rolfes said that although people want to recycle responsibly, they often don't know where to take their recyclable items. But he emphasized how important it is to keep electronics out of the trash.

"It keeps the hazardous part out of the ground. We don't know 20, 30, 40, 50 years from now what kind of effect that will have, but we can just eliminate it by recycling," Rolfes said.

Want a way to cash in on your electronic trash? One way to see green for being green is the ecoATM. The kiosk-like machines have only been around since 2011, but are popping up in malls all over the country and can accept cell phones and tablets. Once the item is in the machine it determines how much it is worth and makes an offer for how much it’ll pay.

The phones from the ecoATMs are recycled if they are unusable, or they are refurbished and given a new life if the phone can be salvaged.

The EPA estimates that in one year, the energy saved by each ecoATM is the equivalent of 21 houses off the grid. That’s from not needing to create as many new phones and from the gold salvaged.

"Technology is a way to solve some of the problems that technology has created itself," Bowles told FoxNews.com. He also said that they expect to collect their two millionth cell phone by Thanksgiving of this year.

There are countless other programs aimed at helping people easily recycle their unwanted electronics. Most chain stores that sell electronics like Best Buy, Staples, or RadioShack have recycling programs of their own.

There are also websites dedicated to buying old electronics like Gazelle.com or USPhoneBuyers.com.

Whether recycling for cash or just to clear up space in the desk drawer, responsibly getting rid of unwanted electronics is easier -- and pays a lot more than ever.