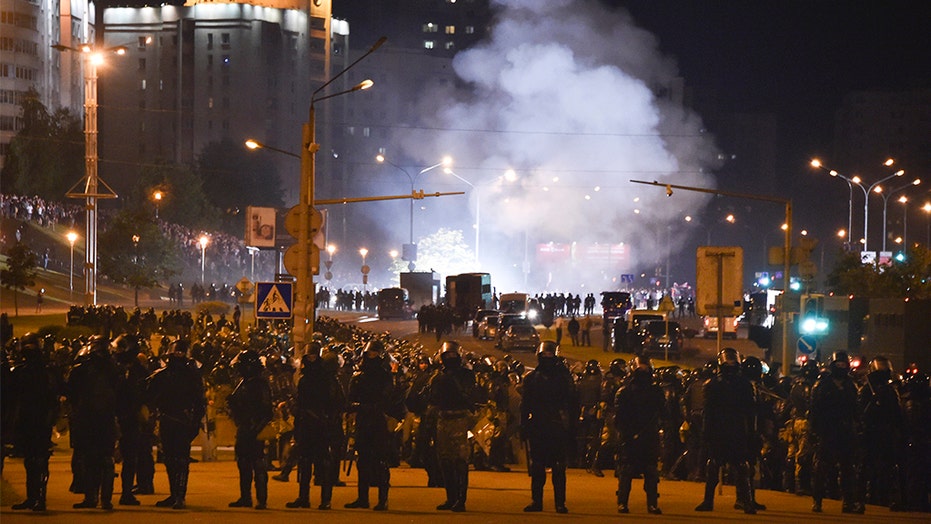 Belarus was hit with widespread disruption in internet connectivity during the country’s closely watched election Sunday, according to web monitoring organization NetBlocks.

“Network telemetry from the NetBlocks internet observatory confirm that internet connectivity in Belarus has been significantly disrupted as of Sunday 9 August 2020 amid tense presidential elections,” NetBlocks said in a statement on its website. “Outages increased in severity through the day producing an information vacuum as citizens struggled to establish contact with the outside world. The incident is ongoing as of Monday afternoon.”

Police block a road and use smoke grenades during a protest after the Belarusian presidential election in Minsk, Belarus, Sunday, Aug. 9, 2020. (AP Photo)

The country’s central election commission said that with all ballots counted, Lukashenko, who has led Belarus for 26 years, took 80.23% of the vote and his main opposition challenger, Sviatlana Tsikhanouskaya, had only 9.9%.

On Sunday, NetBlocks tweeted that “#Belarus is in the midst of nation-scale internet disruption affecting fixed-line and cellular operators.”

The election was fought amid frustration over a worsening economy and the government's dismissive response to the coronavirus pandemic.

Human rights groups said one person was killed — which the authorities denied — and dozens were injured in a police crackdown on protests that followed Sunday's presidential election.

Opposition supporters believe the election results were rigged and plan to gather in Minsk for more protests on Monday evening.