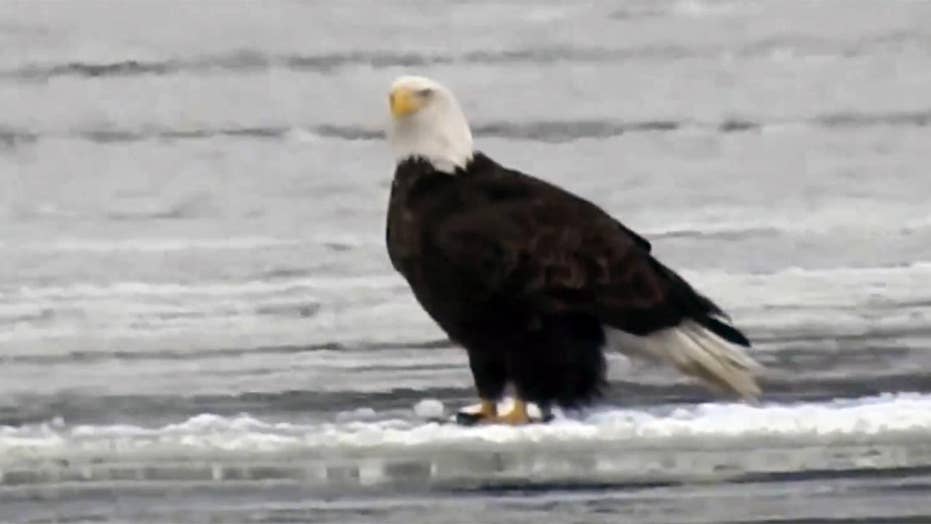 A pair of bald eagles decided last month they were just going to take in the view and calmly float down the Mississippi River.

In a video recorded by Brian Woolman in December, the two eagles can be seen floating on ice heading down the river just outside the town of Gladstone.

His video of the Eagles shared on Facebook on Jan. 19 has since gone viral and racked up over a million views.

The video was taken at the Lock and Dam No. 18 near Gladstone, Ill., located on the upper part of the Mississippi River about 410 miles above the confluence of the Mississippi and Ohio rivers, according to the Army Corps of Engineers.