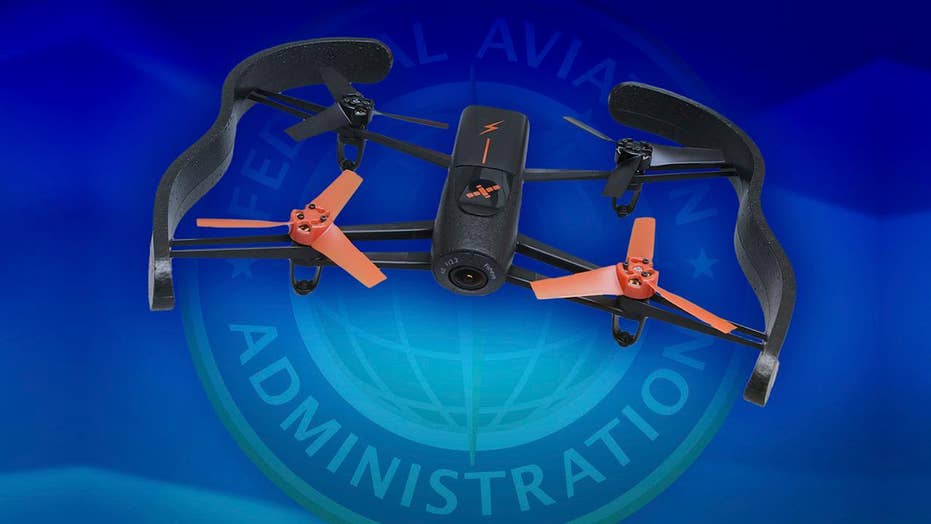 An estimated 7 million drones will be flying in the skies by 2020; Claudia Cowan reports on the new technology being developed to keep airports safe.

It's the first rule of drone ownership: no flying near an airport.

But some people either don't care or use drones to intentionally disrupt airport operations.

Last December, drone sightings at London's Gatwick Airport forced a three-day shutdown, and canceled flights left thousands of stranded passengers scrambling. No one has been arrested in the case, and this past April, investigators said it could have been an inside job.

In recent months, suspected or confirmed drone activity has grounded flights in Dubai, New Zealand, Israel, and at Newark Airport in New Jersey.

In 2017, a drone struck the wing of a commercial SkyJet plane in Quebec City, Canada. No one was hurt, but aviation experts say the threat of catastrophe warrants tougher action by the Federal Aviation Administration.

"All I've seen from the FAA is mostly ‘we're gonna pass rules and regulations.’ Rules and regulations are not what we need," says Mike Boyd, president of the consulting firm Aviation Planning. "We need to have the technology to be able to identify a drone and identify who is operating it."

According to the FAA, nationwide there were 2,350 drone sightings in 2018, up from 1,800 in 2016. The agency said it's working with its security partners to address threats and respond to malicious drone activity, but can't always verify sightings, saying in a statement to Fox, "these are pilot reports and, while we have no reason to question the accuracy of them, we are unable to validate the vast majority of them."

With the FAA predicting the number of drones in the sky will reach 7 million by 2020, dozens of tech companies are racing to develop and install anti-incursion systems.

One such firm, Dedrone, uses rooftop sensors and radio frequencies to detect wayward drones in unauthorized airspace. Its technology is currently in place at 12 airports, at a cost of about a million dollars a year.

CEO Joerg Lamprecht compares it to "a burglar alarm" in the sky.

"Every airport has multiple drone sightings a day," he says. "On average, the places we’ve installed we have two sightings a day, two illegal incursions a day per airport."

Lamprecht said the chaos caused by a drone flying around an airport is equal to roughly $100,000 a minute. He says the financial cost, along with possible loss of human life, is a big reason why anti-drone technology is taking off at airports across the world.