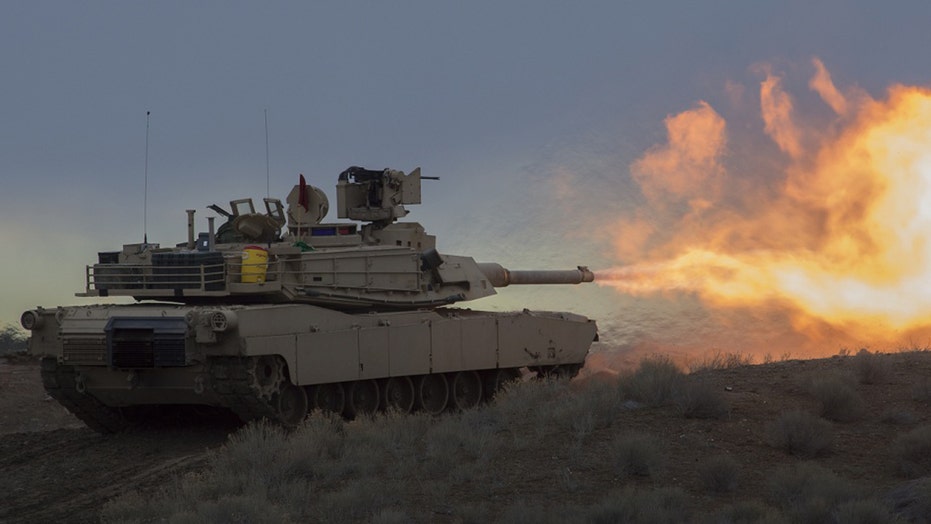 U.S. Army war planners believe winning a major power war against Russia or China would require an intricate and sophisticated blend of weapons, effects, networking and tactics, creating a need for the service to revamp its traditional Combined Arms Maneuver warfare approach.

Traditional Combined Arms Maneuver requires a sophisticated mix of integrated attack strategies, including armored vehicles, artillery, air assets such as helicopters, infantry and long-range rockets. Based upon a specific and carefully analyzed understanding of the battlespace, Combined Arms Maneuver strategy seeks to attack in a highly coordinated way, something that senior Army officials often describe as almost like a symphony. Each weapon is intended to complement the other and fortify an overall force-on-force attack in a synergized way to optimize effectiveness.

Combined Arms Maneuver will now need to be vastly different, given the nature of modern rival threats and the advent of many new technologies such as electronic warfare, lasers, AI-enabled systems, cyberattacks, longer-range precision sensors, and joint combat.

“We believe that to defeat the enemies’ A2/AD (Anti-Access/Area Denial) complex it will include a mix of hypersonic, supersonic, subsonic and different trajectories and different flight profiles in concert with air and maritime systems. We need to overwhelm an enemy’s command and control, then we can penetrate and create a window for the joint force,” Brig. Gen. John Rafferty, director, Precision-Fires Cross Functional Team, Army Futures Command, told The National Interest in an interview.

Not only are new weapons much longer range with massively improved precision, but AI [artificial intelligence]-enabled targeting and information sharing are expected to complicate warfare in unprecedented ways and “speed” everything up. The Army’s Extended Range Cannon Artillery (ERCA), for instance, can now fire 155mm rounds as far as 70km (43.5 miles), greatly changing the tactical equation for ground war. ERCA is merely one of a wide swath of emerging systems expected to reshape combat, as it will be reinforced by a new 500km (311 mile) Precision-Strike Missile (PrSM) as well. Both of these will be complemented by an emerging 1,000-mile reach Long Range Cannon expected to emerge in coming years.

All of this, it goes without saying, is deliberately coordinated with advanced armored vehicles moving to contact with an enemy as well as precision-fires from the air and forward-operating surveillance assets. The integration not only de-conflicts airspace to choreograph and streamline attacks, but pursues effects in a particular sequence. Robotic air and ground surveillance in tandem with space assets likely precede long-range fires intended to weaken and “soften up” targets before mechanized forces with vehicles and infantry close with an adversary. Close air support with lower-flying helicopters are likely planned to advance in a coordinated fashion in close proximity with attacking ground forces, once many air defenses have been neutralized or diminished.

The ranges of different weapons matter and soon munitions will be fired faster, able to course-correct and empowered by advanced guidance systems. Perhaps most of all, attacking Army forces will be more dispersed, disaggregated and greatly fortified by air and ground drones. All this considered, the largest differences will include the speed of AI-enabled data processing speed and how good each side’s networking is.

“We are developing an AI-enabled ground station able to generate a call for fire, improving sensor-to-shooter time through unmanned aerial vehicles and air-launched effects from the FVL team. FVL launch effects from a drone can send battle damage assessments and help identify targets,” Rafferty added.

Rafferty also explains that Future Combined Arms Maneuver tactics will seek to identify and disable an enemy’s ability to maneuver and attack, a goal made more possible by effectively “out-ranging” an enemy with long-range precision fires.

In a previous interview with The National Interest, Army Futures Command Cmdr. Gen. John Murray said service futurists expect a “hyperactive battlefield.” The goal of these improved strategies is to deter any rivals and to keep the peace.

“Ultimately we achieve this deterrent effect, so that an enemy sees this overwhelming capability is too much to counter and not worth fighting. Deterrence is key, but if we have to fight we want it to be short and decisive,” Rafferty said.

Kris Osborn is managing editor of Warrior Maven and defense editor of The National Interest.