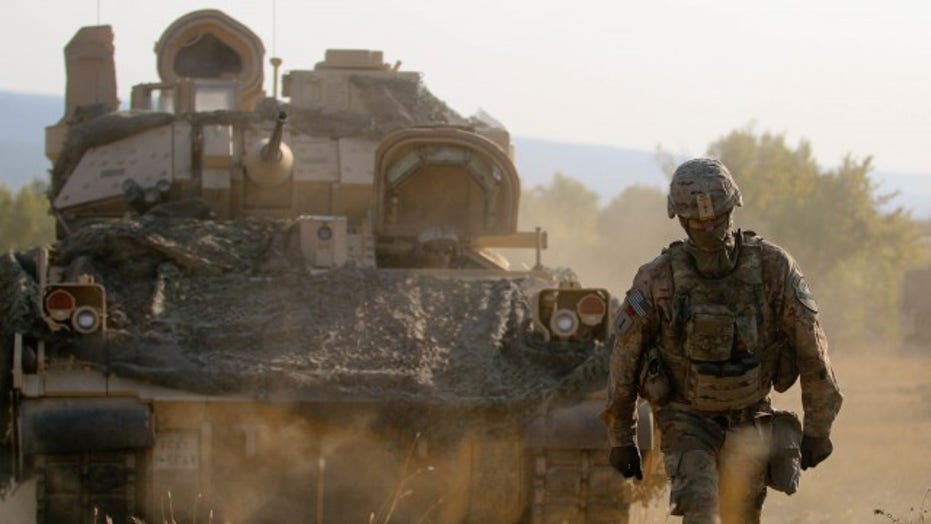 U.S. Army leaders are quite vocal and clear about the service’s six major modernization priorities, however, a close look across the spectrum of current major programs raises a pertinent question: Could the Army now be building ten new platforms?

The 1980s-era “Big Five” weapons platforms are well known and often discussed as defining elements of the modern Army. These five systems are all combat tested and were massively upgraded over the years with new sensors, networking, weapons and computer systems.

The Big Five consisted of the Abrams tank, Apache attack helicopter, Black Hawk helicopter, the Bradley infantry vehicle and the Patriot missile. All five have withstood the test of time in many respects and defined an era in modern warfare. Each of these platforms is entirely different than they were at their inception.

The Army now often says that, despite the continued success of much of the Big Five, there comes a time when there ultimately are limits to how much a legacy system can be upgraded.

Thus, the Army is now heavily immersed in a massive effort to build new platforms for decades to come. In short, the Army is on the cusp of an entirely new era in warfare. The Pentagon is approaching a new frontier wherein new networking, unmanned systems, artificial intelligence, cyber warfare, electronic warfare and new weapons are already completely redefining tactics, strategies and traditional notions of Combined Arms Maneuver.

Army futurists expect modern warfare to be more information-driven, AI-enabled, drone-heavy and much more dispersed or disaggregated. Perhaps most of all, the Army expects a multi-domain warfare environment to encompass more recently-advancing domains such as outer space and cyberspace. Future war, in essence, will require an entirely new tactical approach.

While at first glance, one might be more inclined to think this a list of only a potential Big Eight, given that AI and Network are not specific platforms. However, one could easily make the argument that they encompass specific sets of defining technologies sufficient to be included as major platforms. After all, it is entirely accurate to say that networking technologies and AI are both already heavily influencing all eight major programs.

Essentially, AI and networks are everywhere, related to everything and offer the technical and tactical foundation upon which modern notions of Combined Arms are now being envisioned. All of these platforms will be networked, and they will all incorporate advanced computer algorithms for new sensors, guidance technology, fire control, cyber resilience, manned-unmanned teaming, new weapons and much more.

A fundamental concept with next-generation Combined Arms is the use of unmanned systems in tandem with networking. The idea is to enable each combat platform to function as a “node” in a larger integrated war network, accelerating the secure yet crucial sharing of combat intelligence, data, navigational information and targeting details. Future warfare will have vastly different ranges, drones, AI-empowered weapons and sensors, air-ground-sea integration and new space war dynamics.

As for the rest of the Big Ten—a lengthy essay could be written about each one.

In summary, here’s what you can expect from each of the Army’s new weapons platforms.

The Extended Range Cannon Artillery doubles the range of 155mm artillery with new course-correcting, guided rounds. Moreover, the Precision Strike Missile brings a first-of-its-kind 500km (311-mile) land-fired weapon. Air and ground drones need little explanation as they will perform reconnaissance, carry supplies, connect air-ground-and-sea domains and even fire weapons. Also, hypersonics will attack at five-times the speed of sound and the Optionally-Manned Combat Vehicle is expected to redefine armored combat strategy. The two new helicopters will more than replace the Kiowa and Black Hawk by reshaping modern air attack tactics with stealthier platforms, newer guided missiles, next-generation targeting and reconnaissance. These new helicopters will more than double their predecessors’ range and will attain unprecedented speeds of more than 200mph.

Welcome to a new chapter in warfare technology and tactics. As the Commander of Army Futures Command, General John Murray, told The National Interest, expect war in 2040 to be a “hyperactive battlefield."