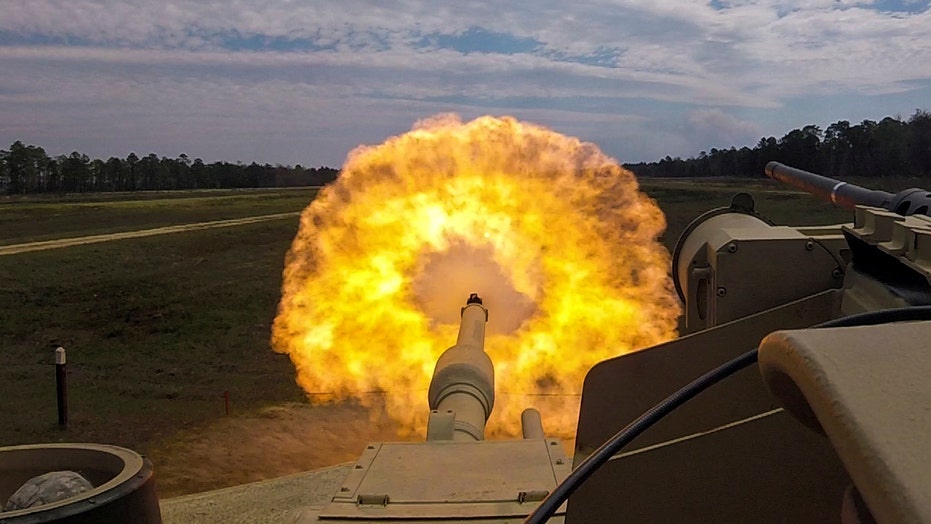 Warrior: What are you doing with regard to looking at warfare in 2040?

Murray: “When it comes to the future operational environment and understanding what that will look like, the most important thing to understand is you are never going to be right. 2040ish is the focus area. My understanding is from a technology perspective, an economic perspective, a globalization perspective and a demographic perspective... it is all going to have an impact. We are trying to describe and not define what that may look like. If you get that right it really drives the concepts and drives the material you are going to need to operate in that environment.”

Warrior: The Army must have some major efforts looking at what war may look like in 20 to 30 years?

Murray: “We have something called ‘Team Ignite.’ It is not a standing organization but a cross-functional team between my technologists and my scientists. One part is responsible for the technology at Combat Capabilities Development Command, another is a ‘future concepts’ unit at Fort Eustis, Va.  and my concept writers at our Futures and Concepts Center. This forces the people who are thinking about future concepts to take technology into account because they technologists are right there with them. This forces them to think about how technology will change the concept ... also it directly feeds what we should be investing in our science and technology areas.”

Warrior: How do you envision or prepare for scenarios and technologies that do not exist today?

Murray: “If we write the concept and say 'if only I could' and then say 'well I can't do that now, but what about in 15 years?' there is a path to get there if we put the right dollars in the right place today. That is what is starting to drive our S&T investments. We are making those investments now so that 15 years from now ... we go from “If only I could” to "we actually can."

Warrior: What are some of the main challenges your Command is thinking about in terms of future warfare?

Murray: “First you figure out the environment and then you figure out what you need to fight in the environment. Concepts should drive material development and S&T should drive concepts too because a big piece of this future operating environment is tech forecasting. There is a tech forecasting cell at the Army Research Lab … not only from a U.S. Tech base but worldwide which looks at where the investments are being made and where we are going to be in technology in 10 to 15 years.”

Warrior: What are the plans when it comes to the Army’s Multi-Domain Task Force?

Murray: “Our multi-domain operations concept will transition into new doctrine to replace air-land battle. A concept is a concept because you don't yet have all the tools to execute it, so there are certain things related to the main operations we don't have yet. What comes next? If technology continues to evolve at the rate it is evolving, and there are all indications that it is going to, if you look out into the future, if you don't start thinking about it, it is going to be here before you know it and you are going to be behind.”

Warrior: I know the Army, and really all the services, are fast-tracking Hypersonic weapons. How is that progressing for the Army and when might they be operational?

Murray: “With Hypersonics, we had a successful launch in March, in partnership with the Navy. There is a memo in terms of who is doing what in terms of hypersonics. The Army has the lead for the development for the Common Glide Body. It is being designed by the Army Rapid Capabilities and Critical Technologies Office down in Huntsville. We had a Joint Army-Navy test shot, which was a completely successful launch and flight. I can't say how close we came to the target, but it was damn close ... really close. Neil (Lt. Gen. Neil Thurgood) is going to deliver a hypersonic battery in 2023. We are going through right now where it is going to be, figure out the manning of it and train the crews that will operate it. We are focusing on R&D now for what comes next. How can we improve the operational battery we field in 2023?”

Murray: “We have great conversations with industry going. We are going to digitally design this vehicle before we commit to a prototype. The conversation with industry is about what is feasible and sustainable from a technology standpoint in the time period we are looking at … and then building a vehicle digitally. The detailed digital designs will include probably an ability to get soldiers into a virtual vehicle so we can get that soldier touchpoint feedback... before we ever commit to bending metal so we understand what we are going to get.”​​​​​​​