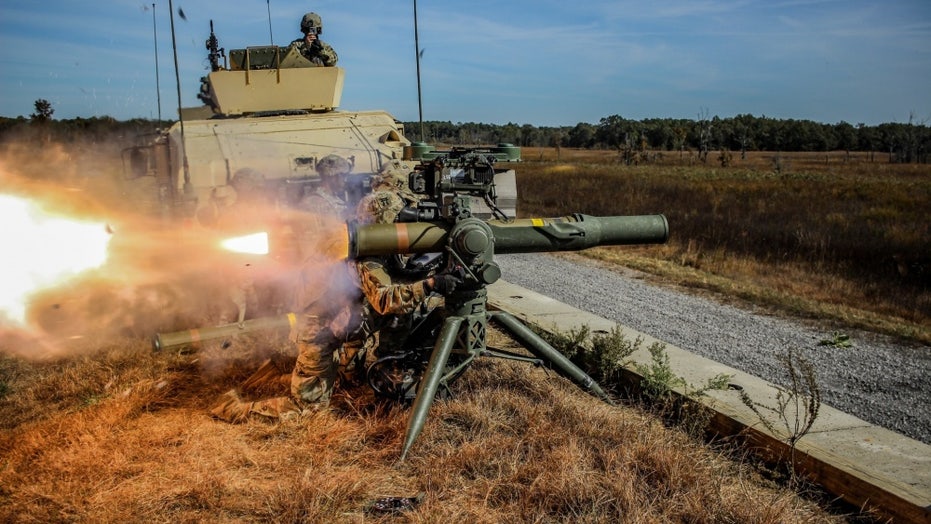 What if a Russian armored vehicle column were approaching for attack, maneuvering between mountains about 15km (9.32 miles) away as they came forward? At the same time, the U.S. Army sees the approaching force with surveillance drones but has no armed air support.

Large rockets like the Army’s Guided Multiple Launch Rocket System, a GPS guided weapon able to hit targets out to 70km (43.5 miles), might cause too large of an explosion given that the enemy force is moving through populated urban areas. A smaller, long-range armor-penetrating weapon might be needed — a tank killer with more range than a TOW (Tube-launched, Optically Tracked, Wire Guided) or Javelin missile.

With this kind of scenario in mind, the U.S. Army and Raytheon are working on a newly configured tank-killing “Shaped Charge” 155m precision-guided artillery round as part of a large-scale strategic attempt to outrange enemies and destroy approaching enemy armored columns at safer standoff ranges.

The new weapon represents an exponential leap beyond existing state-of-the-art anti-tank weapons such as the TOW and Javelin missiles; the Javelin reaches ranges up to 2.5 miles and the TOW missile can hit targets out to 3,000 meters (9,842.5 feet). The Excalibur “shaped charge” brings an entirely new anti-tank weapon, able to reach as far as 30km (18.64 miles). Senior Army weapons developers explain that extending ground-war attack ranges changes some of the traditional elements of Combined Arms Maneuver strategy.

“Combined Arms allows us to close with and destroy an enemy. It requires armor, infantry and combat aviation to work together in a synchronized fashion. If we lose this synchronization we are far less lethal. If an enemy has range, he can separate the combined arms team. Our adversaries have watched us and learned how we fight. They have invested in areas to offset our advantage,” Brig. Gen. John Rafferty, director, Long Range Precision Fires Cross Functional Team, Army Futures Command, told me in an interview.

“We took a standard 155 and took the unitary warhead out, which explodes as fragments. We replaced it with a shaped charge. Instead of a spray out of projectiles, it can defeat armored vehicles by putting a hot jet through metal,” Shawn Ball, Excalibur business development lead, Raytheon, told me in an interview.

Interestingly, the emerging “Shaped Charge” may also be able to reach as far as 70km  in the future, as Excalibur is also being fired from the Army’s emerging Extended Range Cannon Artillery (ERCA) weapons program; it is the only projectile to strike a target precisely at more than 60km (37.28 miles), as demonstrated in a March 6, 2020 test.

Gen. John Murray, commanding general of Army Futures Command, told me about the success of the recent test, saying “an Excalibur shot hit 63km [39.1 miles]. It pretty much doubled the range.”

“The 58 caliber is about 30-foot long. It has a bigger chamber, which allows for a different propellant and different breech. Muzzle velocity is generated through the length of the tube,” Rafferty said.

In recent years, Raytheon continues to work on a collection of new Excalibur rounds as well, to include a laser-guided “S” round, a variant capable of detecting and homing on targets autonomously, which includes a payload to defeat armored vehicles, and a 5-inch version of Excalibur for use in Navy deck-mounted 5-inch guns.

Army senior leaders have been clear that the intent of the effort is to regain tactical overmatch against Russian and Chinese weapons. Citing the Russian invasion of Ukraine as a “wake-up call,” senior Army leaders consistently say that Russian weaponry, tactics and warfare integration are causing particular concern.

Army senior leaders have consistently pointed to Russian land-war tactics in Ukraine as part of the inspirational basis for the U.S. Army’s current move to improve land-based firepower. The Army’s 2015 Combat Vehicle Modernization Strategy specifically cites concerns about Russia’s use of advanced weapons and armored vehicles in Ukraine.