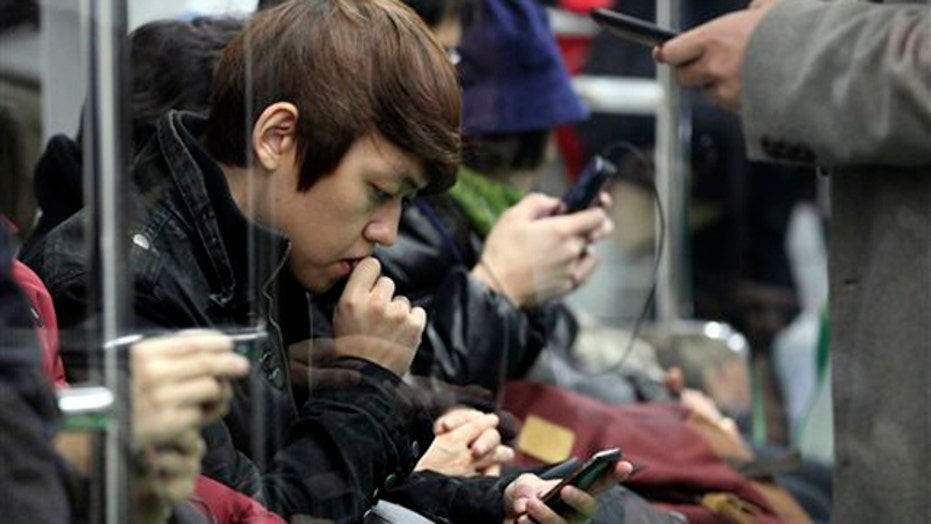 Are you too attached to your smartphone?

Overuse of social media and smartphone addictions are perpetuating the idea of 'FOMO,' or fear of missing out

Are you missing out on life because you're too busy trying to capture it on your phone? That's the question being posed by a new short film being shared across the Web.

The film, titled, "I Forgot My Phone," shows writer and actress Charlene deGuzman in a series of social settings - out with friends, at a birthday party, at a concert - as technology seemingly gets in the way of human interaction. DeGuzman says one of her inspirations for the film came from being at a concert and having her view blocked by a row of smartphones.

"I can always barely see at concerts because I'm only 5"2 and there would always be phones in front of me filming the concert," deGuzman told Fox News' Jonathan Hunt on FoxNews.com LIVE. "(It) blew my mind because you're already there."

"I think that they're perpetuating this concept of 'FOMO,' or fear of missing out, because people now, more than ever, are transparent with their experiences on social media," Buontempo explained. "Ultimately, the fact that technology exists is allowing folks to share this concept of their ideal self."

Buontempo says people use social media to present an ideal version of themselves - the type of person who goes out to concerts and eats at the best restaurants and so on.

"So the idea is ... the experience really isn't an experience any more unless all of your friends and acquaintances on Facebook or whatever know that you had that experience?" asked "On the Hunt" host Jonathan Hunt.

"It's a bit of a brag," said Buontempo. "In the future, we may be at a point where the technology is so seamless and intuitive that it's not really going to disrupt the experience itself."

As for deGuzman, the actress says she'll continue to make an effort to put her phone down and live in the moment.

"When I'm out and I look around and I see people on their phones, it just makes me think a little differently," said deGuzman. "There's that little voice in my head that says, 'You can put your phone down and look at it later, and everything will still be there.'"

Watch the full interview in the video above and watch "On the Hunt" weekdays at 12 p.m. ET on FoxNews.com LIVE.