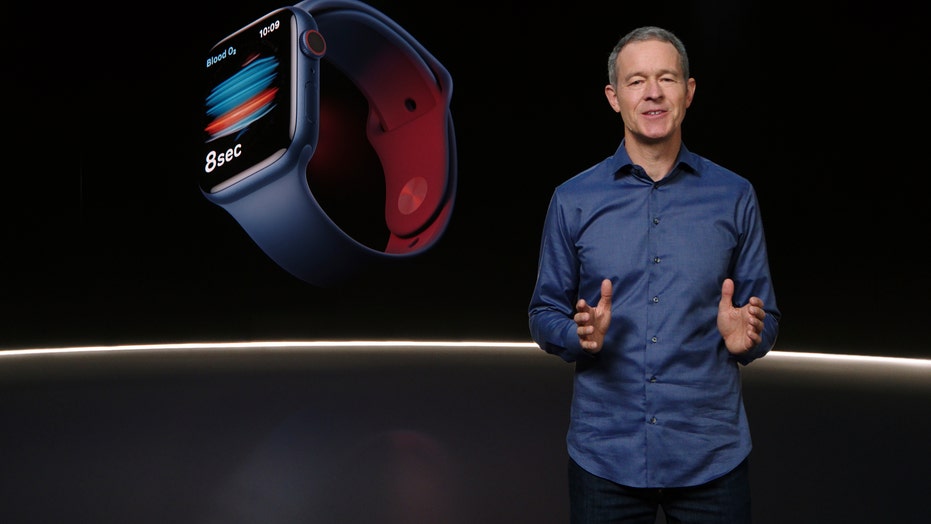 Apple has unveiled its new Apple Watch Series 6, Apple Watch SE and a new iPad Air at an event at the tech giant’s headquarters in Cupertino, Calif.

The tech giant announced the new Apple Watch Series 6, which comes with a new health sensor, according to Jeff Williams, Apple's COO. "With Apple Watch Series 6 you can measure your blood oxygen right from your wrist," he said during the launch event at Apple Park.

The Watch contains an S6 dual-core processor that is optimized for Series 6 and a new chip that will make the watch about 20-percent faster than the Series 5. It also comes with an optimized display that makes it easier to view in bright sunlight.

Williams also discussed new specialized watch faces for the likes of surfers and healthcare workers and announced a new solo loop band for the Watch that has no buckle or clasp. "The solo loop is stretchable so that you can easily slip it on and off your wrist."

As anticipated, Apple also unveiled a new, cheaper Apple Watch, the Apple Watch SE, which is priced from $279.

The devices will be available from Sept. 18.

"AppleWatch revolutionized what a watch can do," said Apple CEO Tim Cook, during the launch event. "Today, it's incredible what Apple Watch can do, straight from your wrist."

There had been rumors prior to the event that Apple would use the event to reveal the new wearable devices.

"We have now sold over 500 million iPads to customers around the world and more and more new customers are discovering iPad for the very first time," Cook said.

APPLE LOOSENS SOME IN-APP RESTRICTIONS AFTER FRICTION WITH DEVELOPERS

Apple also unveiled its new 8th-generation iPad, which comes with an A12 bionic chip and a 10.2-inch retina display.  The iPad 8th generation starts at $329, or $299 for educators, available to order on Wednesday and purchase on Sept. 18, iPad Product Manager Ted Merendino announced.

Its latest operating system, iPad OS 14, works with the Apple Pencil so artists, note-takers and students can draw and write on the iPad screen.

A new, redesigned iPad Air was also announced Tuesday. The new iPad Air costs $599 and will be available next month.

The device comes with an A14 bionic chip with 5-nanometer processor technology. This offers a 40-percent increase in CPU performance compared to the previous iPad Air, according to Apple.

As expected, there were no iPhone updates at Tuesday's event.  Apple is expected to unveil its new iPhone, described as the iPhone 12, next month.