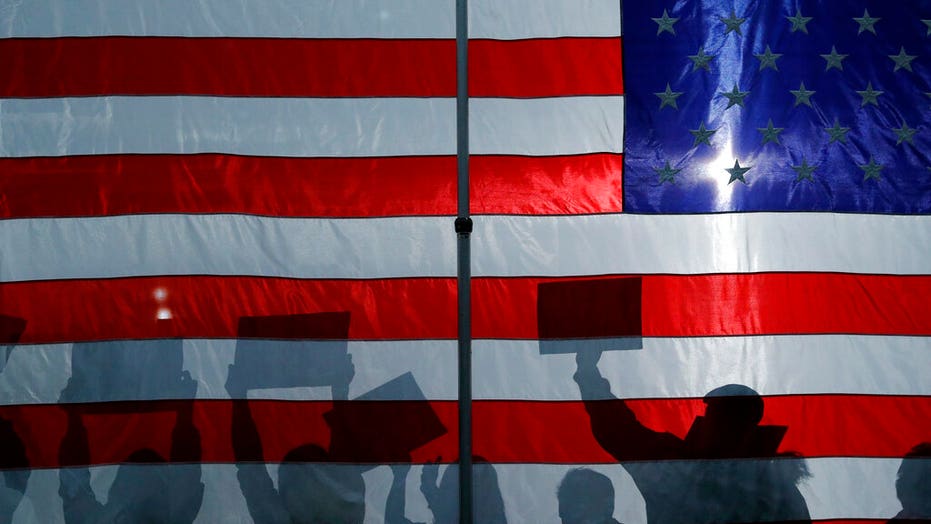 The Iowa caucus was thrown into disarray Monday night as a smartphone app designed specifically to transmit caucus data did not work as promised, delaying the results at least until Tuesday.

Now a company associated with the app is distancing itself from the Democratic disaster and a former Facebook security expert is criticizing its testing protocol, while the acting Department of Homeland Security secretary says their offer to vet the app had been declined.

Mandy McClure, a spokesperson for the Iowa Democratic Party, cited "inconsistencies" found in the three sets of reporting data when explaining the delayed Iowa caucus results. But McClure said that the app "did not go down" and insisted there was no hack or intrusion.

Multiple news outlets, including The New York Times, have reported the company behind the app is called Shadow, a left-leaning company that describes its mission as building "political power for the progressive movement by developing affordable and easy-to-use tools for teams and budgets of any size."

Shadow is associated with ACRONYM, a nonprofit dedicated to "advancing progressive causes through innovative communications, advertising and organizing programs." Last year, ACRONYM announced that it was acquiring an SMS tool called Groundbase and, out of Groundbase, "launching Shadow, a company focused on building the technology infrastructure needed to enable Democrats to run better, more efficient campaigns."

But Tara McGowan, the founder and CEO of ACRONYM, says his nonprofit is not to blame. An ACRONYM representative posted a statement early Tuesday morning distancing the group from Shadow, saying it is but one of many Shadow investors.

"ACRONYM is an investor in several for-profit companies across the progressive media and technology sectors," the statement reads. "One of those independent, for-profit companies is Shadow, Inc, which also has other private investors. We are reading confirmed reports of Shadow's work with the Iowa Democratic Party on Twitter, and we, like everyone else, are eagerly awaiting more information from the Iowa Democratic Party with respect to what happened."

Shadow has not yet responded to a request for comment from Fox News.

The app was created to save time, transmitting data from the 1,700 caucus sites around Iowa digitally in order to reduce the number of time-consuming phone calls, according to a January report from NPR.

However, there were also concerns that it was not secure, a fear that has become a major talking point in the 2020 presidential election after Russia interfered in the 2016 U.S. election.

Alex Stamos, the former chief security officer at Facebook, tweeted Monday that he understood the app to have issues and was not tested by any "recognized experts."

Acting DHS Secretary Chad Wolf told Fox News that the Iowa Democrats had declined the department’s offer to vet the caucus app, and confirmed the app was not hacked on Monday.

The app was reportedly seen as having issues and problematic just hours before the final results were to be reported. Several of the Democratic candidates had issues with the numbers that were released, including former Vice President Joe Biden.