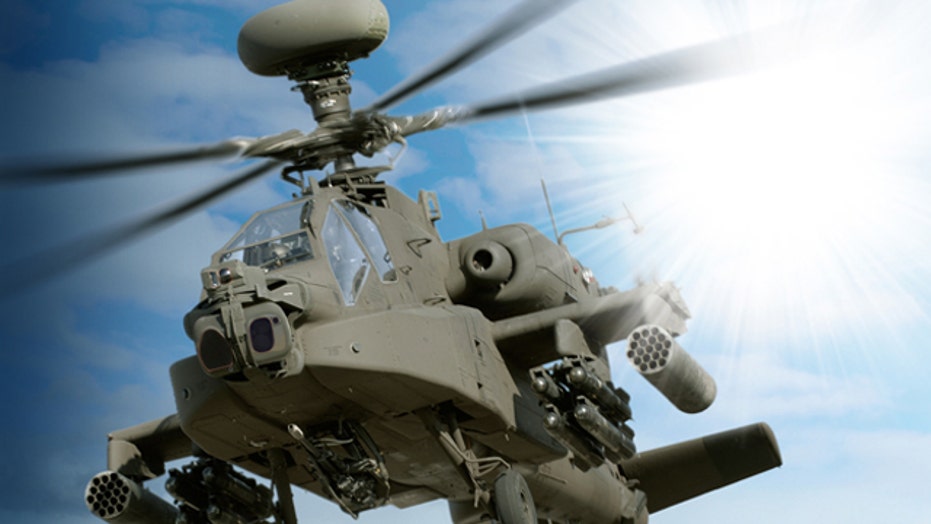 Until now, Apache helicopter pilots were seeing in black and white.

In Alabama at the Redstone Arsenal on Tuesday, the Army worked with Lockheed Martin to ran a test flight of the new tech, called M-DSA or Modernized Day Sensor Assembly. It’s the result of a four-year $60 million program focused on modernizing a sensor package that was first developed more than three decades ago.

The Army says it is the most advanced tech on any rotorcraft, and ensures that Apaches will be able to accommodate future weapons.

The world of color
M-DSA is the very latest advancement in the system that acts as the eyes of the Apache, called the Modernized Target Acquisition Designation Sight/Pilot Night Vision Sensor or Arrowhead.

The enhanced image resolution from the forward infrared sensors is important so that pilots and aircrews can query targets. It is also critical for supporting ground troops by giving them situational awareness when they are outside detection ranges.

First fielded in 2005, the system is used not just by the U.S. Army but also 12 international customers. Arrowhead was used during Operation Enduring Freedom and Operation Iraqi Freedom, for example.

But some elements were originally designed in the 1970s; clearly, it could use an upgrade. To that end, the Laser Rangefinder Designator, TV Sensor, and Laser Spot Tracker components have all been modernized with the new tech.

There are four key new features:

Color in the cockpit and an enhanced laser pointer marker mean even better rapid target identification and coordination for aircrews. These sorts of improvements also aid safety and system reliability.

How is this different?
The advances should reduce time spent on voice communication, freeing pilots up for other things – like making critical highly pressurized decisions.

What does that mean in practice? Say ground troops have identified a suspicious yellow vehicle. Previously, details like color often had to be communicated by verbal or text cues to the pilots. With color in the cockpit, the pilots can use those key details to better track the car.

Say ground troops identify a target wearing red entering a blue building … with this new tech, the pilots could more easily identify the target with the color clues.

Lockheed Martin says the new system was nearly three times more reliable and easier to maintain that the old one.

What’s next?
In the following few months, the Army Flight Test Directorate, the Apache Program Office and Lockheed Martin will continue testing the tech at Redstone Arsenal and Yuma Proving Grounds.

The Army plans to roll out the advances, but it may take several years to retrofit all 680 Apache E-models.