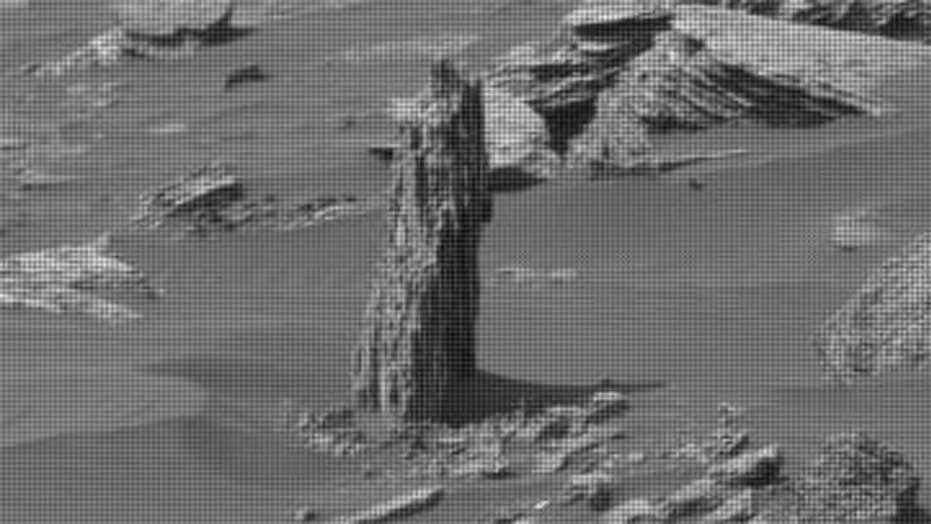 UFO hunters claim that an image taken by NASA’s Mars Curiosity Rover shows an ancient tree stump on the surface of the Red Planet.

A video posted to YouTube by Paranormal Crucible highlights the feature on the surface of Mars, speculating that it could be the petrified remains of a Martian tree.  “Object is around 3 feet in height, and with numerous discoveries of plant and animal life on mars, it would be logical to assume, that a variety of tree either existed, or still exists on this enigmatic planet,” it explained, in a post accompanying the video.

"Paranormal Crucible makes a hypothesis that this could be an ancient tree stump on Mars," adds the website UFO Sightings Daily. "Its a good assumption since NASA themselves said Mars was Earth-like when a solar explosion hit the planet."

The video sparked a slew of comments on YouTube, with not everyone convinced by the tree stump theory. “OMG, it's a rock!” wrote one commenter. “It is a rock formation. The strata is identical to the formation behind it, except vertically tilted. It was probably flipped,” wrote another commenter.

The image was taken by the Curiosity Rover’s Left Mastcam on March 25, 2017, according to NASA’s Jet Propulsion Laboratory.

This is not the first time that a Martian image has generated buzz. In 2015 UFO hunters claimed to identify a mysterious woman-like shape in a picture taken by NASA’s Mars Curiosity Rover.