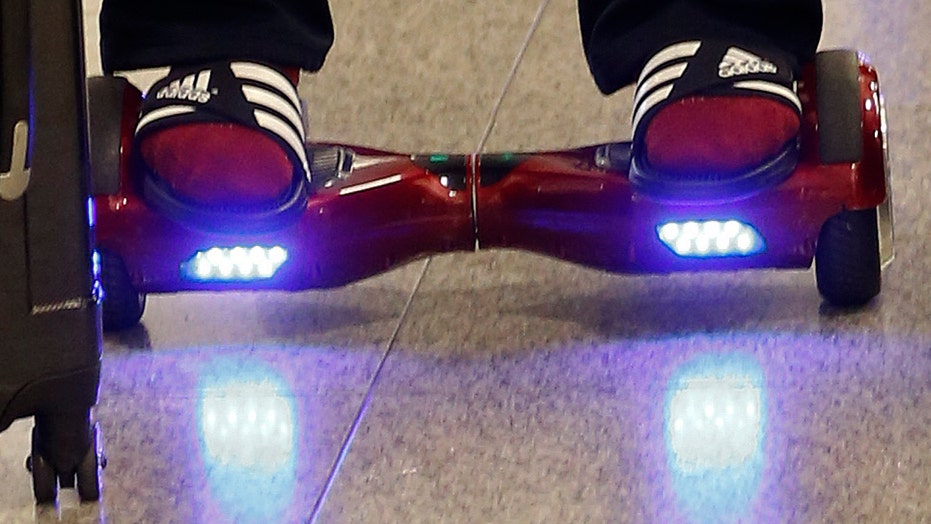 How dangerous are 'hoverboard' scooters?

Evidently spooked by recent reports of hoverboards going up in flames, Amazon is calling on makers of the self-balancing electric scooters to prove their machines are safe.

The online retail giant has even gone so far as to remove some boards from its store listings, according to a report from The Verge over the weekend.

The two-wheeled personal transporter is set to be one of the biggest sellers this holiday season, but it's apparent that some machines landing on the market simply aren't up to it when it comes to safety. The issue appears to lie with the device's lithium-ion battery, some of which have been overheating and catching fire while charging. Low-quality plugs and cabling have also been cited as areas of concern.

Popular board brand Swagway said Amazon had recently sent out a notice "to all hoverboard sellers" asking them to provide documentation demonstrating that all listed boards comply with applicable safety standards.

The Indiana-based company insists its boards meet the safety requirements and says it's "happy that Amazon has decided to take steps to weed out the low quality boards."

However, a number of links on Amazon's site to hoverboards (including, at the time of writing, to Swagway machines) have disappeared in recent days, Best Reviews noted. Depending on Amazon's procedure for evaluating sellers' paperwork, some models could reappear on the site soon while others that fail to meet the safety requirements will be removed for good.

Related: The biggest electronics show in the U.S. says no to hoverboards

British authorities highlighted the scale of the problem earlier this month when it revealed that almost 90 percent of 17,000 hoverboards shipped to the country in the last six weeks had been impounded after failing safety tests. And in response to a growing list of incidents from around the world involving blazing boards, several major U.S. airlines have decided to ban the machine from being taken on planes.

"Poorly labeled, powerful lithium-ion batteries powering hoverboards are the issue," Delta said last week, adding that after taking a closer look at hoverboard product specifications, it'd discovered that "manufacturers do not consistently provide detail about the size or power of their lithium-ion batteries."

The board's rapid growth in popularity has seen a large number of entrepreneurs and small businesses attempting to cash in on the craze, many evidently lacking the necessary skills to create a safe product, or opting to cut costs by using low-quality batteries and other components. Until the hoverboard market settles down or the authorities successfully root out dodgy units, more reports of fiery ends for sub-standard boards can be expected.