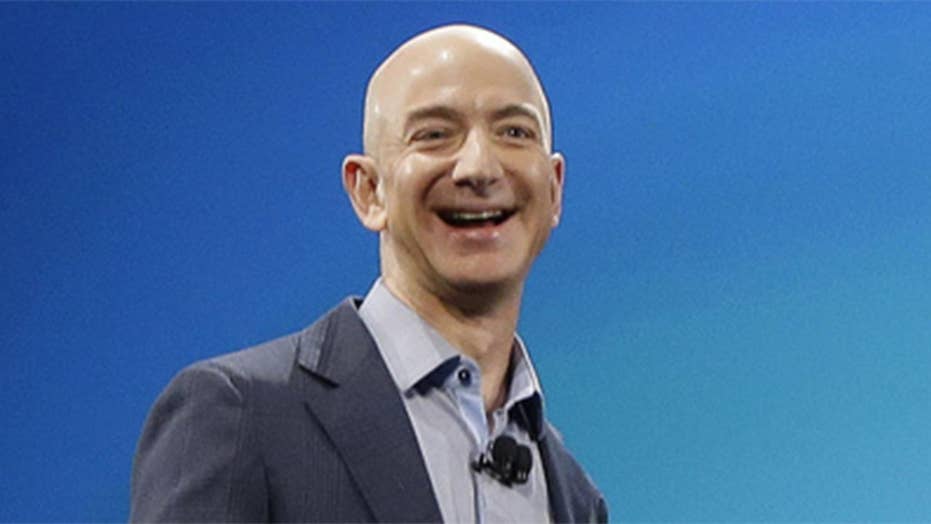 In return for billions of dollars in taxpayer subsidies, Amazon announces its two new headquarters will be in New York City and northern Virginia.

Amazon.com Inc. is gearing up to challenge Apple Inc. in the mobile-payments race.

The e-commerce giant is working to persuade brick-and-mortar merchants to accept its Amazon Pay digital wallet, according to people familiar with the matter, attempting to expand a service now used primarily for purchases online.

To start, the company is looking to work with gas stations, restaurants and other merchants that aren’t direct competitors, a person familiar with the matter said. Retailers that view Amazon as a threat could resist the effort, the people said.

The push to become a bigger player in consumer payments shows Amazon’s desire to further integrate itself into the lives of its customers. It isn’t clear exactly how customers would use Amazon Pay in stores: They could tap their phones at checkout, much the same way they use Apple Pay, or scan a code on their phones, among other options. Apple says Apple Pay was accepted at more than five million in-store locations in the U.S. as of May, and the number of merchants accepting its wallet is growing.

U.S. consumers have been slow to adopt digital wallets, which were responsible for less than 1% of  all U.S. card transactions last year, according to the Nilson Report. Amazon is looking to Asia, where digital wallets and mobile-payment apps like Alipay and WeChat Pay are commonly used. Amazon executives want to gobble up the U.S. market while the competition remains fairly minimal, according to people familiar with their thinking.

Consumers typically upload their debit or credit card account to a digital wallet, and click the wallet tab on a merchant’s website to make an online payment. With wallets capable of in-store payments, consumers hold a phone above a contactless checkout terminal to transmit the card information. Merchants that accept wallets generally don’t pay additional fees beyond what they pay for card payments.

Click here to read more of this story, which originally was published in The Wall Street Journal.