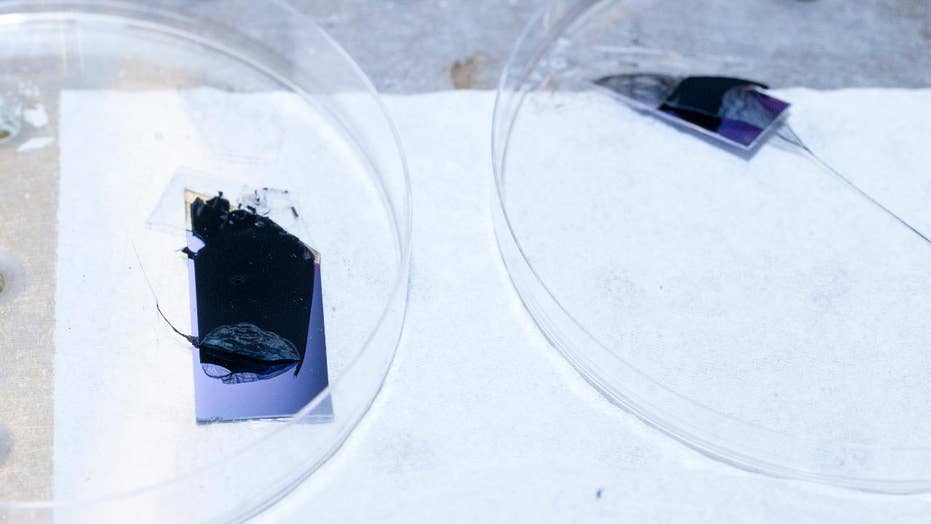 Phone charging clothes in our future?

Researchers are attempting to make clothes made of carbon nanotubes that can charge items. The technology can help layman and service men and women by replacing heavy batteries they carry.

Even Tony Stark would be jealous of this.

Engineers at the University of Cincinnati are teaming up with Air Force Research Laboratory and working on engineering clothing that could one day power gadgets, including a cell phone.

Carbon technology is at the heart of this, including the so-called "Iron Man exoskeleton" currently being tested, which allows power to be stored in carbon nanotubes.

The work is not easy, University of Cincinnati professor Vesselin Shanov said, as he attempts to craft the "smart" materials that can hopefully one day power everything from the cell phones to warplanes.

"The major challenge is translating these beautiful properties to take advantage of their strength, conductivity and heat resistance," Shanov said in a statement.

The nanotubes are "grown" on silicon wafers the size of a quarter and intense heat in a vacuum chamber, in a process known as chemical vapor deposition. From there, the square is stretched and the sheet of carbon turns into a spun thread, which the researchers described as being similar to a spider's silk and turned into a textile.

"It's exactly like a textile," Shanov said. "We can assemble them like a machine thread and use them in applications ranging from sensors to track heavy metals in water or energy storage devices, including super capacitors and batteries."

One potential military application is replacing heavy batteries that charge the electronics on a soldier's gear, including things like lights, night-vision and communications gear. This would allow the soldiers to be more nimble and agile, as approximately one-third of the weight soldiers carry is for the batteries to power their equipment.

"Even if we can shave a little off that, it's a big advantage for them in the field," said graduate student Mark Haase.

There's more work to be done getting the project up to scale, said Benji Maruyama, who leads the Materials and Manufacturing Directorate at the Air Force Research Laboratory.

Currently, the lab can only produce approximately 50 yards of carbon nanotube thread at a time, far fewer than what is needed for commercial applications.

"Pulling a carbon nanotube fiber off a silicon disk is good for lab-scale research but not for making an airplane wing or flight suit," Maruyama said.

And despite the promise of the technology (preliminary results were deemed "promising"), it's unlikely to make its way into products anytime soon, as costs are still prohibitive.

"We're working with clients who care more about performance than cost. But once we perfect synthesis, scale goes up considerably and costs should drop accordingly," Haase added. "Then we'll see carbon nanotubes spread to many, many more applications."

In the meantime, Iron Man won't have to look over his shoulder as he and the rest of the Avengers keep saving the world.