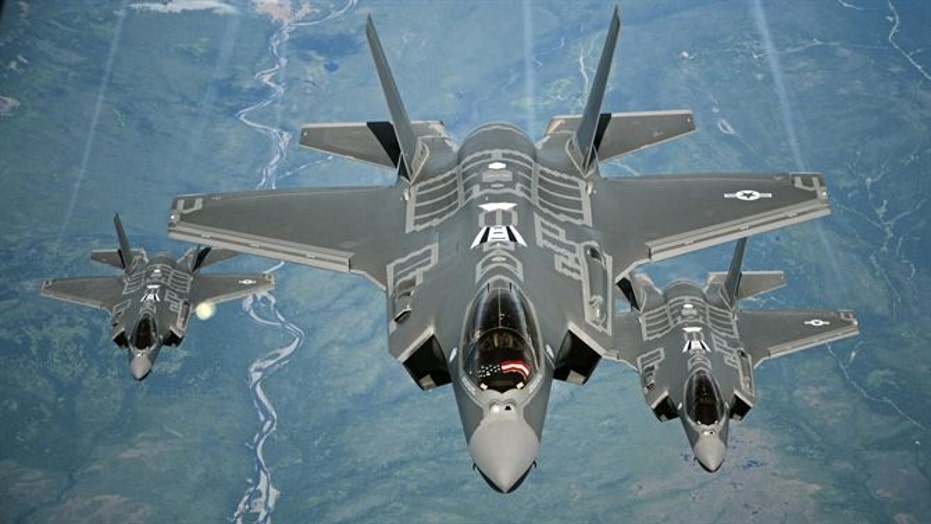 Describing the deployment as the latest squadron to join the fight, Air Force officials said the operation marked the third time in approximately 12 months that F-35A Lightning IIs have been sent into combat.

As combat operations against the Islamic State and the Taliban have been decreasing or, in the case of the Islamic State, basically ended … the F-35s seem likely intended for training exercises, deterrence, force protection and ship escort. The Air Force report specifies the F-35s’ mission scope to include “defensive counter-air, maritime escort, deterrence and participation in multi-national exercises."

That being said, the F-35 fighter jet has previously attacked the Taliban during its combat debut and is, according to its proponents, well suited for close air support (CAS). The Air Force has long intended to use the F-35 for CAS missions and, in a special Pentagon evaluation, assessed the F-35s in relation to the revered and combat-tested A-10 Warthog.

Some may think of the F-35 as perhaps overkill when it comes to CAS, or potentially more vulnerable than an A-10 if it, in fact, is hit by ground fire. The A-10 is a tried and tested combat platform considered extremely valuable to the military services. However, many senior Air Force developers also value F-35 superiority when it comes to CAS missions, pointing to its sensors, targeting systems, 25-millimeter cannon and speed as attributes contributing to the F-35’s combat performance.

Long-range, computer-enabled F-35 sensors could help the aircraft to see and destroy enemy ground targets with precision from much higher altitudes and much farther ranges than an A-10 could; the speed of an F-35, when compared to an A-10, would potentially make it better able to maneuver, elude enemy fire and get into position for attack. Like the A-10's 30-millimeter gun, the F-35 has its own 25-millimeter cannon mounted on its left-wing which could attack ground forces. Given its sensor configuration, with things like a 360-degree Distributed Aperture System with cameras, the F-35 brings a drone-like intelligence, surveillance, reconnaissance component to air-ground war. This could help targeting, terrain analysis, and much-needed precision attacks as U.S. soldiers fight up close with maneuvering enemy ground forces.

An F-35 might be better positioned to respond quickly to enemy force movement; in the event that enemy air threats emerge in a firefight, an F-35 could address them in a way an A-10 could not, obviously. An F-35 would be much better positioned to locate enemy long-range fires points of combat significance and destroy hostile artillery, mortar or long-range-fires launching points. Finally, while the A-10 has a surprisingly wide envelope of weapons, an F-35 could travel with a wider range of air-ground attack weapons—armed with advanced targeting technology. However, despite the potential efficacy of the F-35 for CAS, many believe it makes more sense to use less-expensive, non-fifth generation aircraft for missions where there is U.S. air supremacy and no ground threat.

All this being said, the deterrence posture for the F-35 is likely now geared for combat prospects well beyond CAS, as counterinsurgency efforts diminish and, in some areas, disappear. Also, the current environments in which the United States has been engaged in combat have been in areas without any kind of credible air defense threat. So, the F-35 fighter jets can function as a deterrent against Iran and, if needed, destroy Iranian ballistic-missile launch sites, establish air supremacy and even take out nuclear weapons development facilities if necessary.