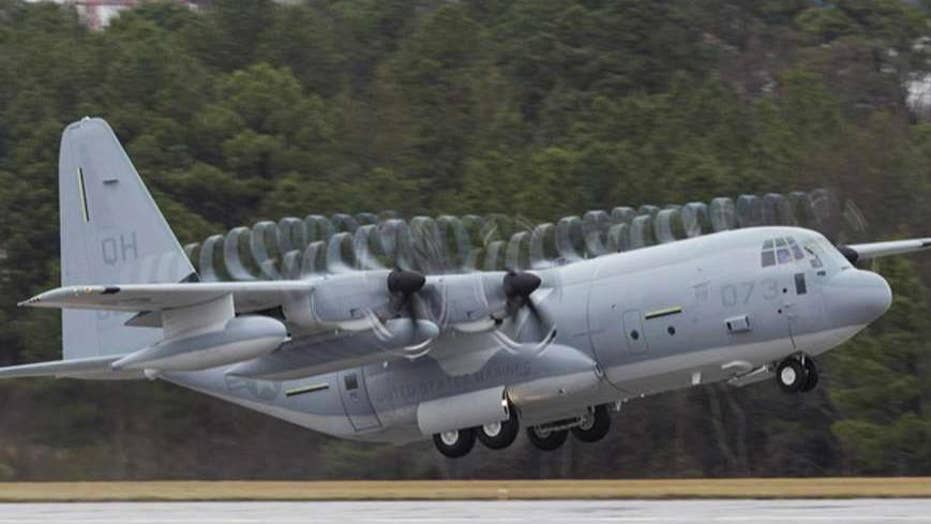 The Defense Department is set to expand its fleet of Super Hercules aircraft, a hi-tech workhorse that mixes versatility with toughness.

“We are proud to partner with the U.S. government to continue to deliver to the U.S. Air Force, U.S. Marine Corps and U.S. Coast Guard the world’s most proven, versatile and advanced airlifter,” said George Shultz, vice president and general manager, Air Mobility & Maritime Missions at Lockheed Martin. “This multiyear contract provides true value to our U.S. operators as they recapitalize and expand their much-relied-upon Hercules aircraft, which has the distinction of being the world’s largest and most tasked C-130 fleet.”

Considered the standard tactical aircraft, the C-130J can deploy in tough battle situations as well as extreme environments including Antarctica. The aircraft can carry payloads upwards of 42,000 pounds. According to Lockheed’s calculations, it can transport 92 combat troops, 64 paratroopers - or it can handle a combination of the two up to the maximum weight.

Though one of the biggest aircraft in operation, it can be landed in tiny spaces from a dirt strip in the jungle to a landing strip on snow – where it often will be equipped with skis. It is also fast, managing to reach speeds of 417 miles per hour with a range over 2,000 miles. It can also climb to 28,000 feet.

But this aircraft is not only transporting troops and supplies. More recently, it’s being equipped with state-of-the-art equipment that allows it to be used in special operations, armed intelligence, surveillance and reconnaissance.

It’s also increasingly taking on missions far beyond the battlefield – delivering tens of thousands pounds of relief supplies, conducting search and rescue operations and taking part in firefighting.  When deploying to fight fires, the aircraft leverages the Modular Airborne Firefighting System that can drop 3,000 gallons of water, or a fire retardant - within five seconds.

Hercules first took flight in 1954 and more than 2,400 Hercules have rolled out since then and the aircraft has supported the US military for 60 years. There are 11 variants of the C-130J.