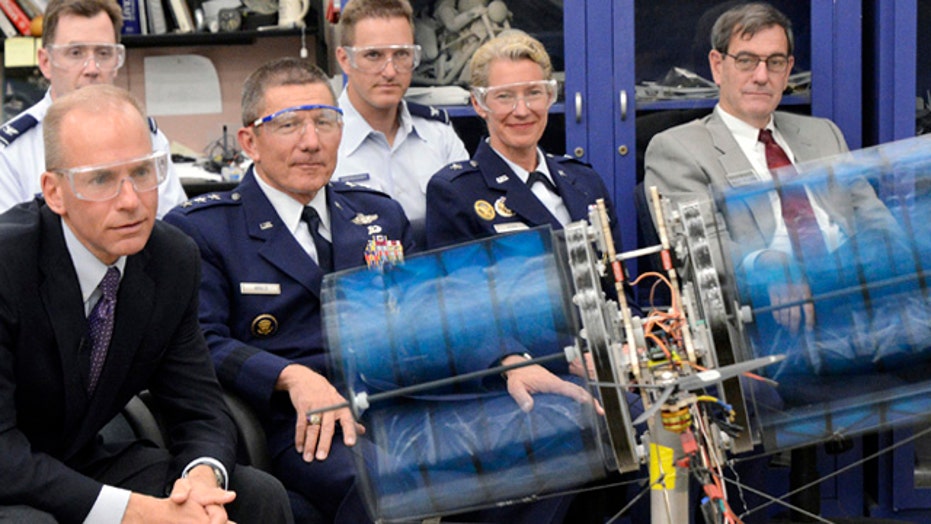 Allison Barrie on a new aircraft that is fuels efficient, incredibly fast and use voice recognition that can improve trauma performance and swift medical evacuation in disaster areas

Over the past year, the U.S. Military Academy, Naval Academy and Air Force Academy all raced to create a winning design in an annual competition sponsored by Boeing. This year’s challenge: design an airplane that could handle MEDEVAC as well as search and rescue.

The competition demands contestants to really push the envelope and truly innovate; the teams were challenged with creating an aircraft that would be state of the art not just today but in 2045.

Boeing issued a set of specific requirements competing teams must achieve, such as being able to complete its mission within and hour and have an operational radius of 100 nautical miles.

Boeing provided $50,000 in funding to the teams for their supplies as well as the materials needed to build two cyclorotors on the Air Force team.

And the winner is….
“The Night Owl” won for best design of a search and rescue and medical evacuation aircraft.

Their design is a futuristic cyclogyro vehicle -- that means it can direct thrust in any direction, allowing for a hover, forward or backward flight.

A cyclorotor looks sort of like the paddle wheel on an old fashioned ferry boat. In this case, their design uses airfoils instead of paddles.

According to the winning team, the Night Owl can hover like a helicopter and is capable of vertical takeoff and landing (VTOL). A very promising design holds potential to not only giving the aircraft significantly higher cruising speeds but to also improving fuel efficiency by a whopping 30 percent over today’s helicopters.

Speed is very important in the emergency scenarios of search and rescue or medical evacuation, because seconds can mean the difference between life and death.

The team announced that its cyclogyro design could travel more than twice as fast as current helicopters.

When personnel are conducting an air medical evacuation or search and rescue, they tend to have gloves on making it difficult to use touch screens.

To solve this persistent problem, the team also innovated in developing voice control for the aircraft.  They leveraged existing programs that already exploit voice control and sought to further free up the hands of personnel.

The Air Force Academy announcement noted the team hopes to break records and achieve the first recorded controlled forward flight of a cyclogyro with their Night Owl.

An aircraft like their Night Owl could be incredibly useful not just in war zones, but also for swift medical evacuation in disaster areas on the homeland in tragedies like the recent tornado strikes out West.

This is the Air Force Academy’s second win in three years, last year going to the Naval Academy.