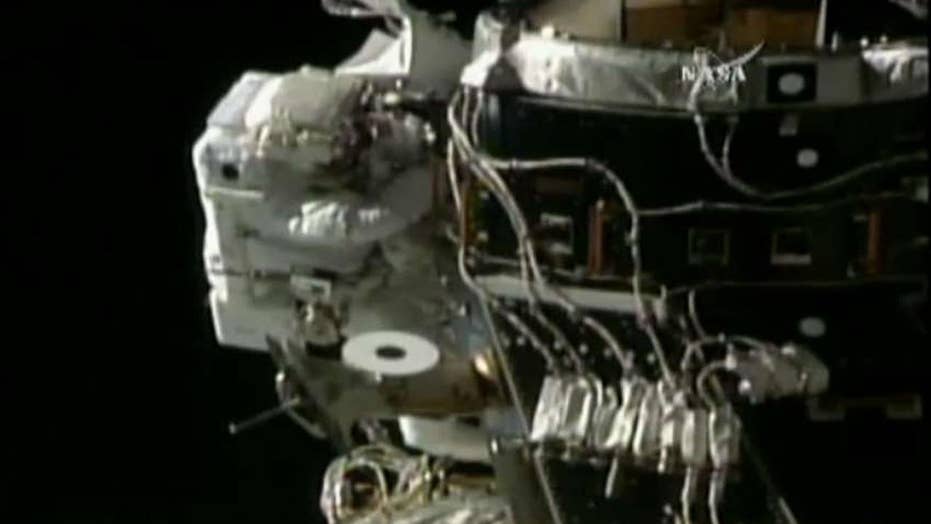 Phil Keating on what went right and what went wrong

MIAMI – NASA succeeds in its historic spacewalk on Friday, although it all began with a micro-gravity curveball.

International Space Station Commander Peggy Whitson and Flight Engineer Jack Fischer floated in space and into the record books after the two astronauts made the 200th spacewalk in support of the orbiting laboratory.

But as the astronauts were suited up and preparing to go into the de-pressurization airlock, they noticed a water leak at the connection point of Fischer’s spacesuit and the station’s cooling and power system “umbilical cord.”  That delayed things for a couple hours. But since Fischer’s spacesuit was unaffected and fine, the historic spacewalk went on, although it had to be shortened from six hours to four.

Whitson and Fischer completed the first and most important spacewalk task faster than usual. They replaced an avionics box that supplies data and electricity to the ongoing and critically important science experiments.

“Outstanding, Peggy,” came the voice from Houston’s Mission Control. “We’re going to have you attach the crewlock bag and lock it.”

Whitson and Fischer were so speedy, they were then able to tackle a few other tasks which, due to the water leak delay, NASA doubted could be done in the limited time.

Whitson and Fischer proved them wrong.

Whitson then installed a connector to route data to the Alpha Magnetic Spectrometer, which measures cosmic rays, 100 billion cosmic rays to date.

And Fischer installed some thermal insulating over on the Japanese robotic arm.

The 1st spacewalk in support of construction, maintenance or repair of the space station happened in 1998, when the NASA still used space shuttles and the space station itself was like a tiny, New York City apartment compared to the expansive space mansion that it is today.

Above the bay of space shuttle Endeavor, NASA astronauts Jerry Ross and Jim Newman rode the big Canada arm during the STS-88 mission, attaching and outfitting the US Unity module with Russia’s Zarya module, the first 2 components of the infant station.

“It’s humbling to be a part of their legacy.”

And there were actually two records set 250 miles above us on Friday. Peggy Whitson successfully completed her 9th spacewalk, the most of any female astronaut.