"My Twitter account was taken down for 11 minutes by a rogue employee. I guess the word must finally be getting out-and having an impact," Trump tweeted early Friday morning.

Twitter launched an internal investigation Thursday after a "customer support" employee, reportedly working his or her last day with the company, briefly deactivated the highly viewed account of the president.

"We are conducting a full internal review," the company said in a statement about the approximately 11-minute outage.

It was unclear how a “customer support” worker had obtained clearance to deactivate such a high-profile account. The president has tweeted more than 36,000 times and has nearly 42 million Twitter followers.

Shortly before 7 p.m. Thursday, social media reports surfaced that Trump’s personal account, @realDonaldTrump, was unavailable, providing the error message that the user "does not exist." The account was restored by 7:03 p.m.

But about two hours later, the company said the deactivation "was done by a Twitter customer support employee who did this on the employee's last day."

The company has in the past suspended other accounts for violating its terms and conditions. The company has resisted calls from those opposed to the president to delete his account. 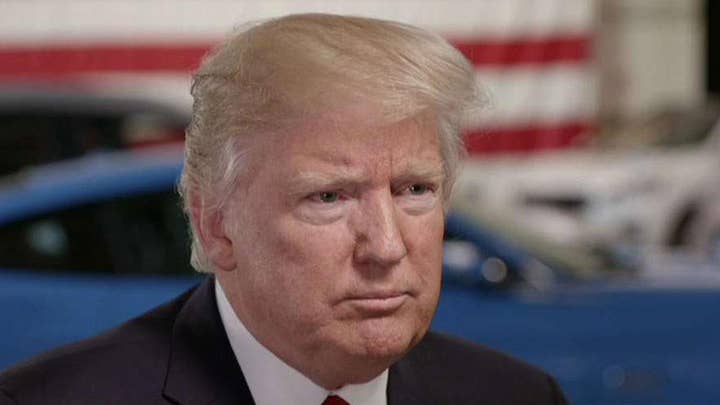 A spokesperson for the White House did not immediately respond to requests for comment.

Trump did not immediately address the outage after his account was reactivated. Instead, he tweeted about the GOP tax plan.

"Great Tax Cut rollout today. The lobbyists are storming Capital [sic] Hill, but the Republicans will hold strong and do what is right for America!"

The Washington Post pointed out that Trump credited social media for its role in getting him elected.

He told Fox Business’ Maria Bartiromo that, “You have to keep people interested.”