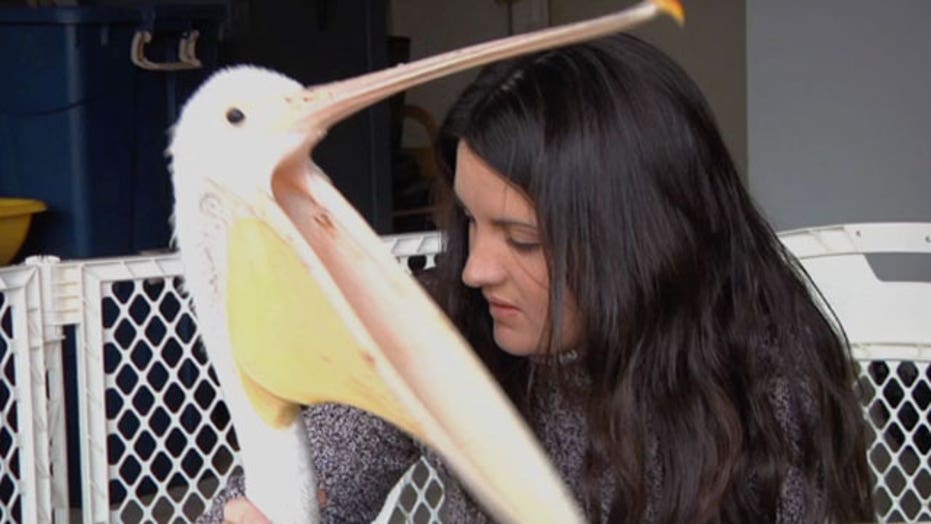 Discarded fishing line and other marine debris are killing wildlife in huge numbers.

More than one million birds and 100,000 marine mammals die each year from marine debris,according to the National Oceanic and Atmospheric Administration.

Fishing line is the number one culprit cleanup volunteers encounter when they try to save wildlife,according to the Ocean Conservancy organization.

"When these animals get caught in this line, it's a slow and agonizing death," said Jim Walker spokesman for Mississippi's Department of Wildlife Fisheries & Parks.

People and organizations are fighting back with the creation of fishing line recycling programs.The Boat Owners Association of The United States is combating the litter problem with a program called "Reel In and Recycle!"They show how parks, piers and marinas can turn a PVC pipe into a fishing line collection container.

“Sometimes anglers will accidentally lose line, but a lot of times they are just not aware of potential dangers to wildlife and they’ll just discard it,” said Martin.

Even people are getting snagged by fishing line, with scuba divers and boat propellers also at risk.

"You can see from this morning when we got in the boat…I have monofilament wrapped all around my legs," said kayaker Jerry Hamilton.

Monofilament fishing line is a string of plastic used in commercial and recreational fishing and is difficult to see.

Hamilton was paddling in the waters near Pearl, Miss. when he spotted a pelican caught around fishing line.

Hamilton teamed up with his friend and fellow kayaker Michelle Blair to rescue the pelican, but it did not end well. The pelican did not make it and had to be put down.

"I think fisherman have the best of intentions," said Blair. "But if we just realize that we're an active part of the environment and everyone can do what they can, casualties will be kept down to a minimum."

"The more they struggle and flap around, the more it becomes entwined in their wings and legs. It's just a death sentence," said Hamilton.

The Monofilament Recovery & Recycling Program in Florida reports the animals most frequently harmed by fishing line include birds, turtles, manatees, fish and dolphin.

"So the bottom line is to use common sense and dispose of the stuff," said Walker.