Two coaches from a New Hampshire youth league allegedly talked about beaning the league's only 11-year-old girl to intimidate her. (Reuters)

The father of the only girl player in a New Hampshire youth baseball league said he learned that two coaches talked about beaning his 11-year-old daughter in hopes to intimidate her so that she would stop playing, Fosters.com reported.

Dan Klein, the father, told the paper that he was alerted about the alleged conversation that took place during a draft meeting where players get assigned to a team. The coaches talked about drilling her in the head during practice, Klein said.

He said he found out about the threat from two coaches who were at the draft meeting where his daughter was selected last. 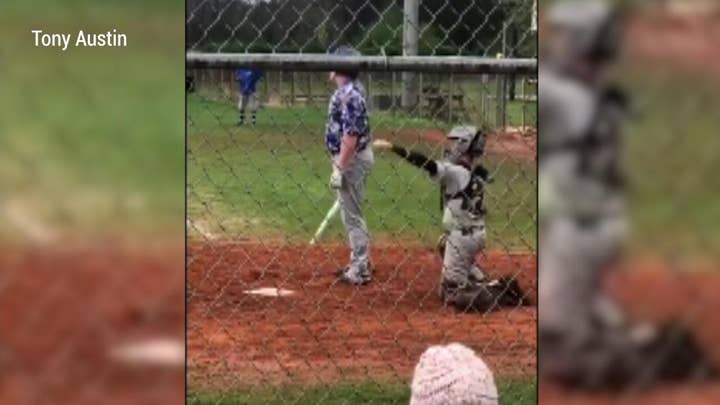 Durham police said they are determining if an investigation is warranted. Oyster River Youth Association officials said the organization is also investigating.

Klein told the paper that his daughter played in the league since T-ball in 2012.

Klein said he did not reach out to police and is not necessarily looking for any penalties for the coaches in question.

“I hope that this sort of thing doesn’t happen again, and that kids will be protected from this sort of language and be safe,” he said.